I spent most of a hot Thai day putting together a long article for A Stamp A Day all about the Victory in Europe that came about 75 years ago this week. We celebrate it in the US as V-E Day and there are different names for the celebration in various other countries as well. So many of the younger generation have no idea about … END_OF_DOCUMENT_TOKEN_TO_BE_REPLACED

Today, the 7th of December, is Pearl Harbor Day – the anniversary of the attack on the U.S. military bases in Hawaii, which led to America’s entry into the Second World War.  It was, as President Franklin D. Roosevelt (a fellow philatelist) declared, “A date which will live in infamy.”

END_OF_DOCUMENT_TOKEN_TO_BE_REPLACED

In 1818, a merchant ship from the very young United States of America first arrived in the ancient Kingdom of Siam in the first recorded contact between the two nations.   The ship carried a letter of greeting from U.S. President James Monroe.  Christian missionaries soon arrived, becoming the first Americans to settle in the region.  Additional ships brought fabrics, arms and other trade goods.  In the early 1830s, the famed co-joined twins Chang and Eng became the first  Siamese to emigrate to the United States.

In 1832, another American president — Andrew Jackson — dispatched the sloop-of-war Peacock to the courts of China-Cochin, Siam and Muscat.  On board was his official envoy Edmund Roberts whose mission was to negotiate the first U.S. treaty with an Asian nation.  As gifts for the Siamese king, President Jackson sent a gold sword with a design of an elephant and an eagle chased on a gold handle, along with a proof set of Americans coins.  This included the “King of Siam” 1804 silver dollar.  The set, minus a Jackson gold medal, was sold for a record price of $8.5 million in November 2005.

While Siam had previously established diplomatic and trade relations with Portugal, France and Great Britain, the negotiations conducted by Roberts marked the first time that Siam recognized America as an equal trading partner.

The resulting Treaty of Amity and Commerce was signed on 20 March 1833 (2376 B.E. on the Buddhist calendar) with the Chao Phraya Phra Klang  representing the Siamese king Phra Nang Klao– known in the West as Rama III — thereby establishing  Thai-American diplomatic relations.  It is the 180th anniversary of this friendship that is commemorated on the fifth release by Muang Phuket Local Post, scheduled for issuance on 11 December 2013.

END_OF_DOCUMENT_TOKEN_TO_BE_REPLACED 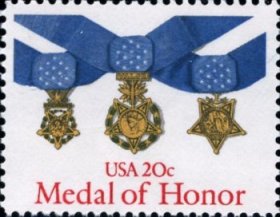 Today we celebrate the American holiday of Veterans Day, established back in 1919 to honor those brave men (and, later, women) who have served in our armed forces.  It’s one of one of the handful of days each year that I feel especially proud of my American heritage (one of the others — Memorial Day — originally celebrated the end of the American Civil War, in the way that Veterans Day originally marked the end of World War I).

END_OF_DOCUMENT_TOKEN_TO_BE_REPLACED

I read more in October than I did last month, but finished less books.  While the total book pages read — 1643 — was 299 more than in September — I spent considerably more time reading them, 3214 minutes compared to 2082 minutes last month.  Does that mean I’m reading slower now?  At any rate, I have already surpassed my goal of finishing 50 books for the entire year of 2013 so each additional book is a bonus.