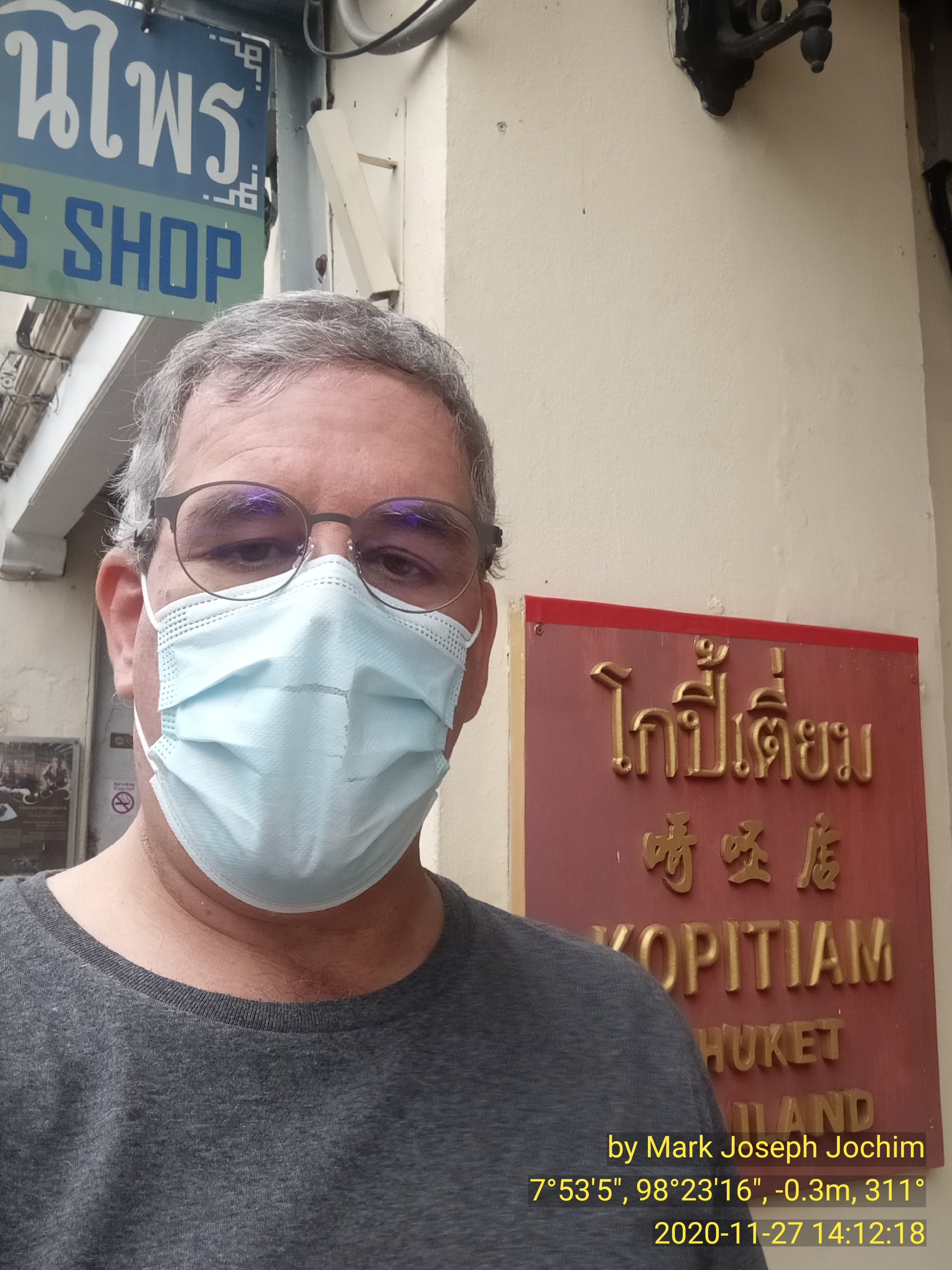 November whipped right by with nary a blink.  I stayed busy throughout the month although the actual work load has been extremely light. Most of my “downtime” in the office was spent working on the Philatelic Pursuits website. As of this writing, I have published just over 170 articles to the site this month beating my old record of 155. For December, Ineedt to concentrate on completing the stamp release schedules for each territory or entity (there are nearly 200 that I cover) as I know that it is an impossible task to create an article for each individual issue still missing. I am also making some tabulations that will list the exact number of stamps released worldwide (broken down by month and even type). It is a lot to do.

November was very good for me in that respect. My weekday schedule was fairly light to begin with.  I had to be in the office at 9:30 and remain until 5:30 or six despite most days having one class from 11-12:30 and another at five p.m. for an hour.  On Tuesdays and Thursdays, I had a two-hour adult conversation class.  The weekends were much more busy with three classes (one for two hours, one for an hour, the third for 90 minutes) on Saturdays and Sundays. The in-between time was spent on a number of tasks, including website updates; I am very adept at time management so I did accomplish a great deal most days.

The month began with fire and disaster drills at the mall where our offices are located.  This being Thailand, it had a kind of party feel to it complete with refreshments and a raffle of gift baskets.  I didn’t win anything as I could not figure out how to enter! 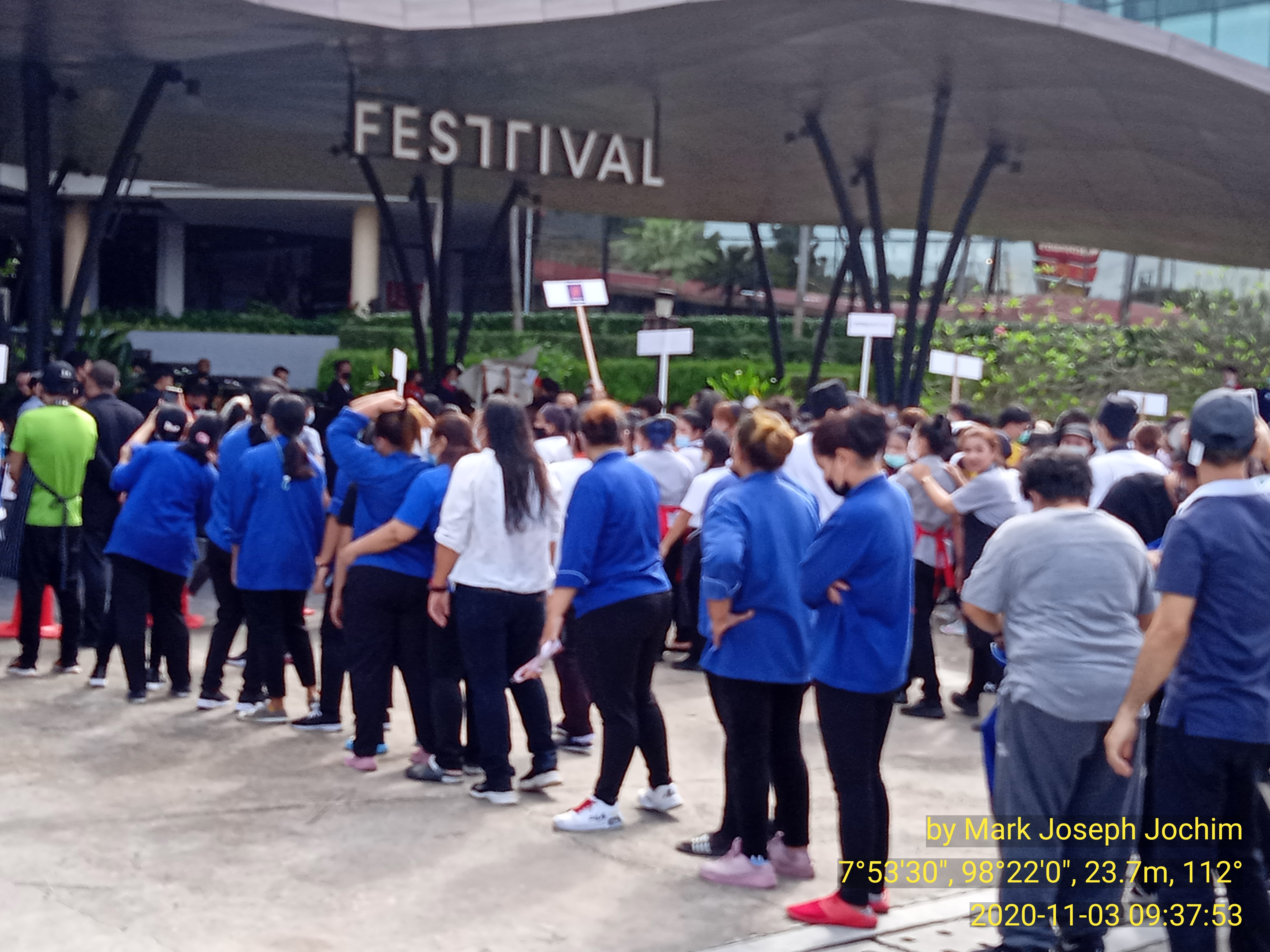 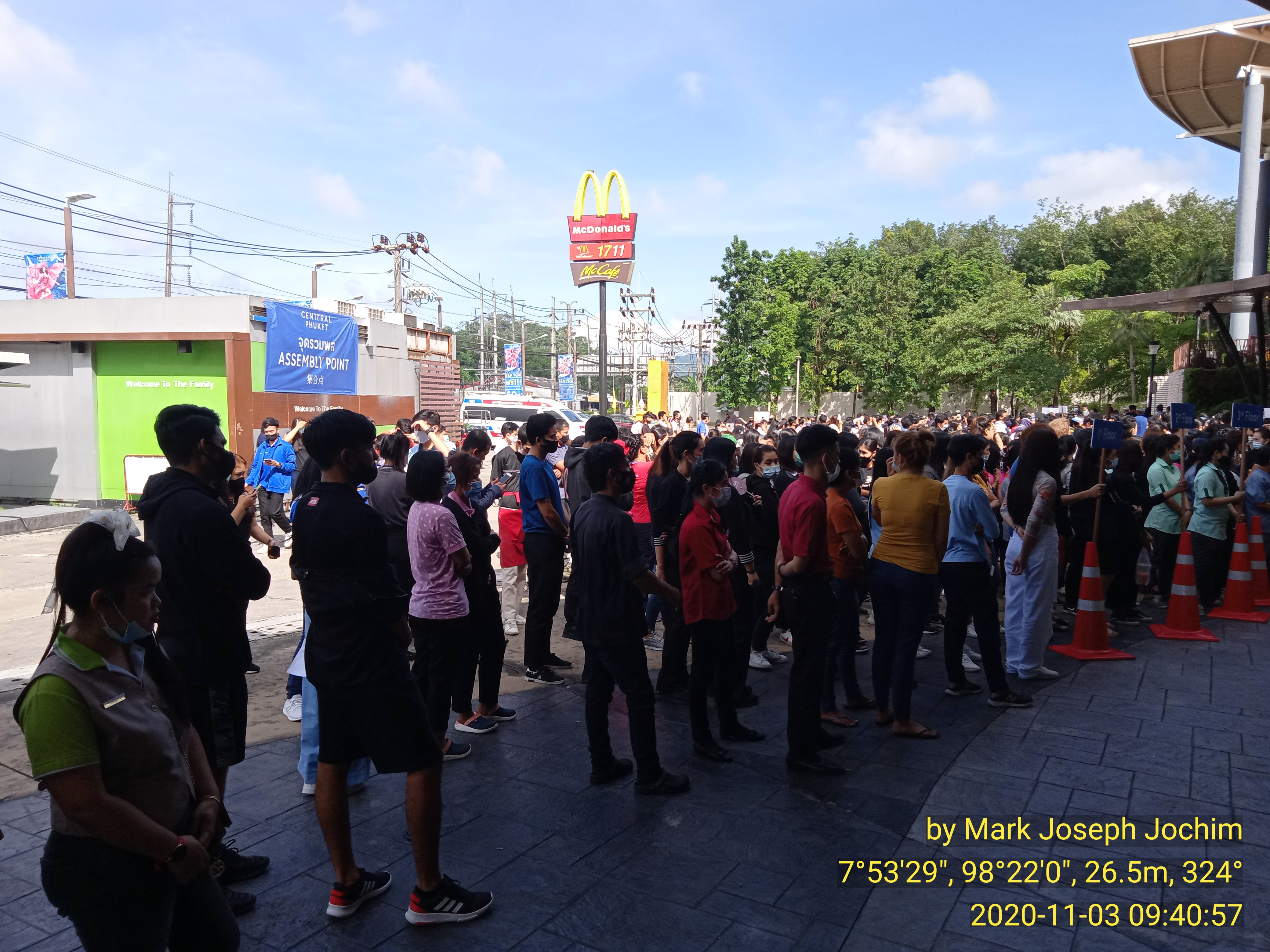 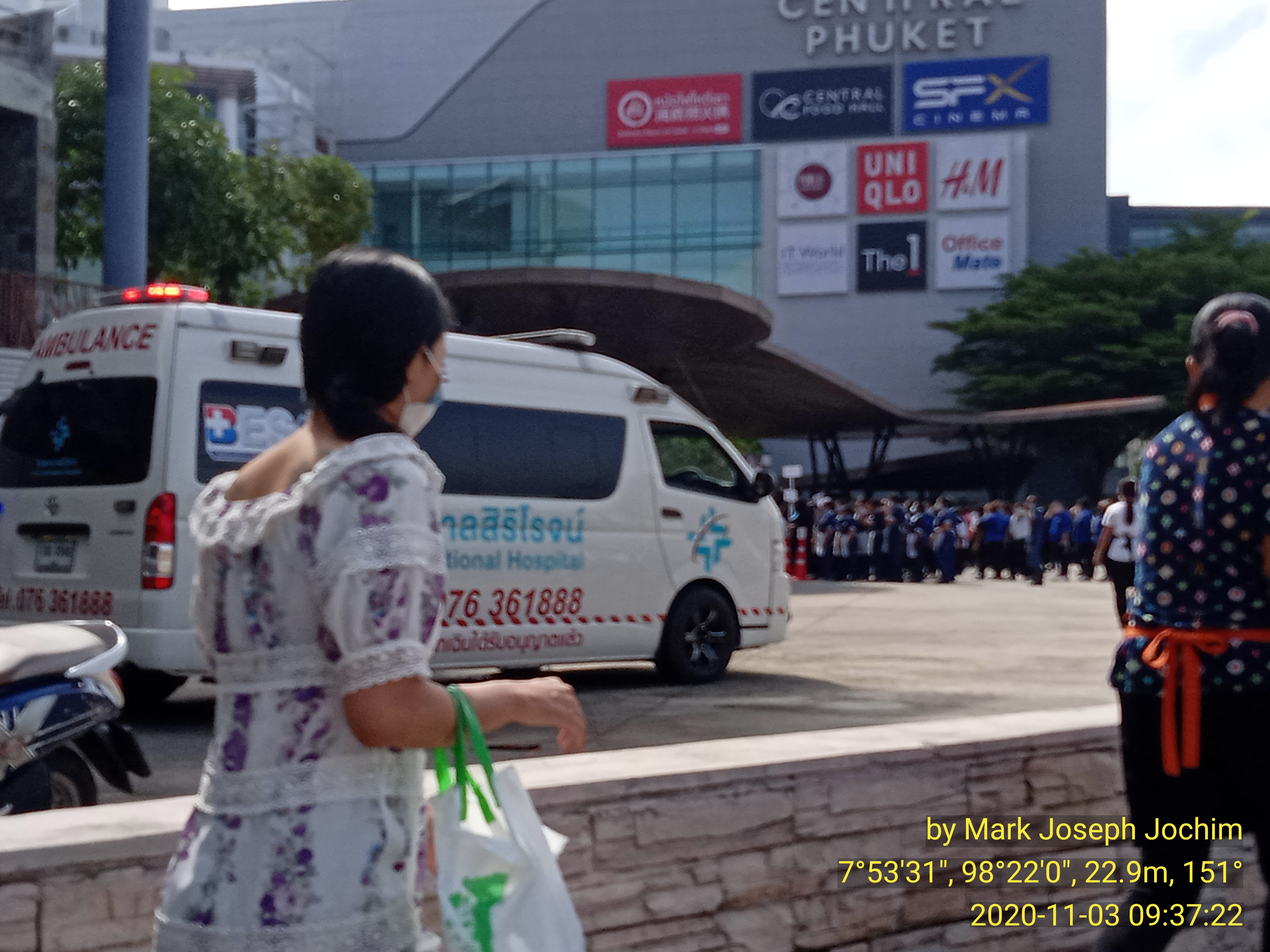 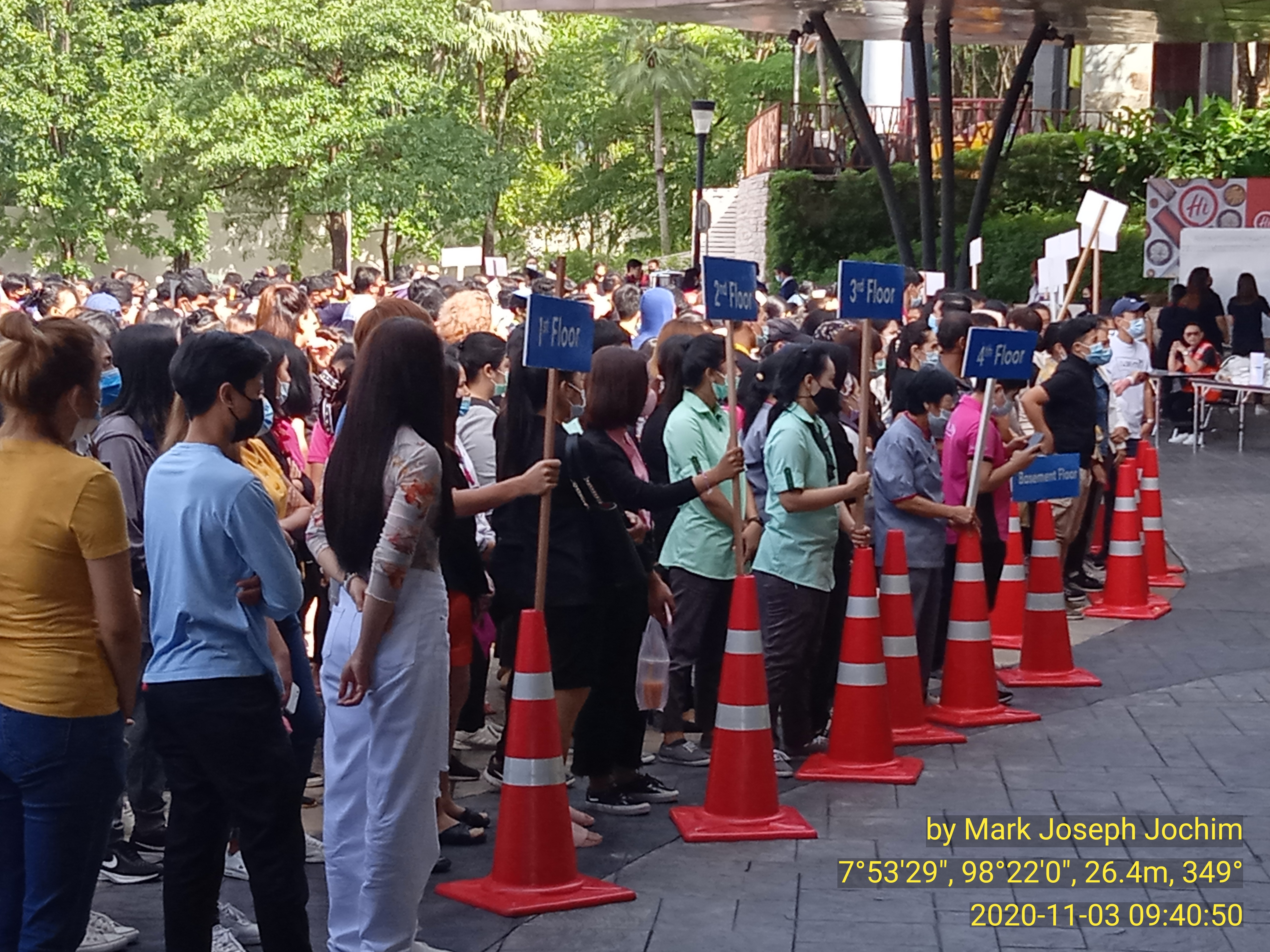 Mid-month, my twice-per-week conversation student began a sabbatical and returned to her up-country home.  Towards the end of November, all of my weekend classes cancelled for two weeks due to the mid-year break in the schools, leaving me with a minimal amount of private classes during the week.

This left me with even more “free time” to work on all of my various projects.  Prior to her departure, my adult student requested a custom text book so I worked on that a bit each day (it became a 150-page volume that I am quite proud of).  I also began preparing for our agency’s annual in-house Christmas party; I have already finished one game (a stand-up snowman with holes through which the children will attempt to throw bean-bags). Two additional games are also in the works.  I had planned to decorate my classroom/office but as the staff seems uninterested in decorating the front office, I may not bother.

My interest level for providing a festive atmosphere in my office has dipped mainly due to a major change in my working life, starting tomorrow.

Some of my in-house classes require a wide variety of drawings to accompany the vocabulary.  Some of my doodles are more successful than others! 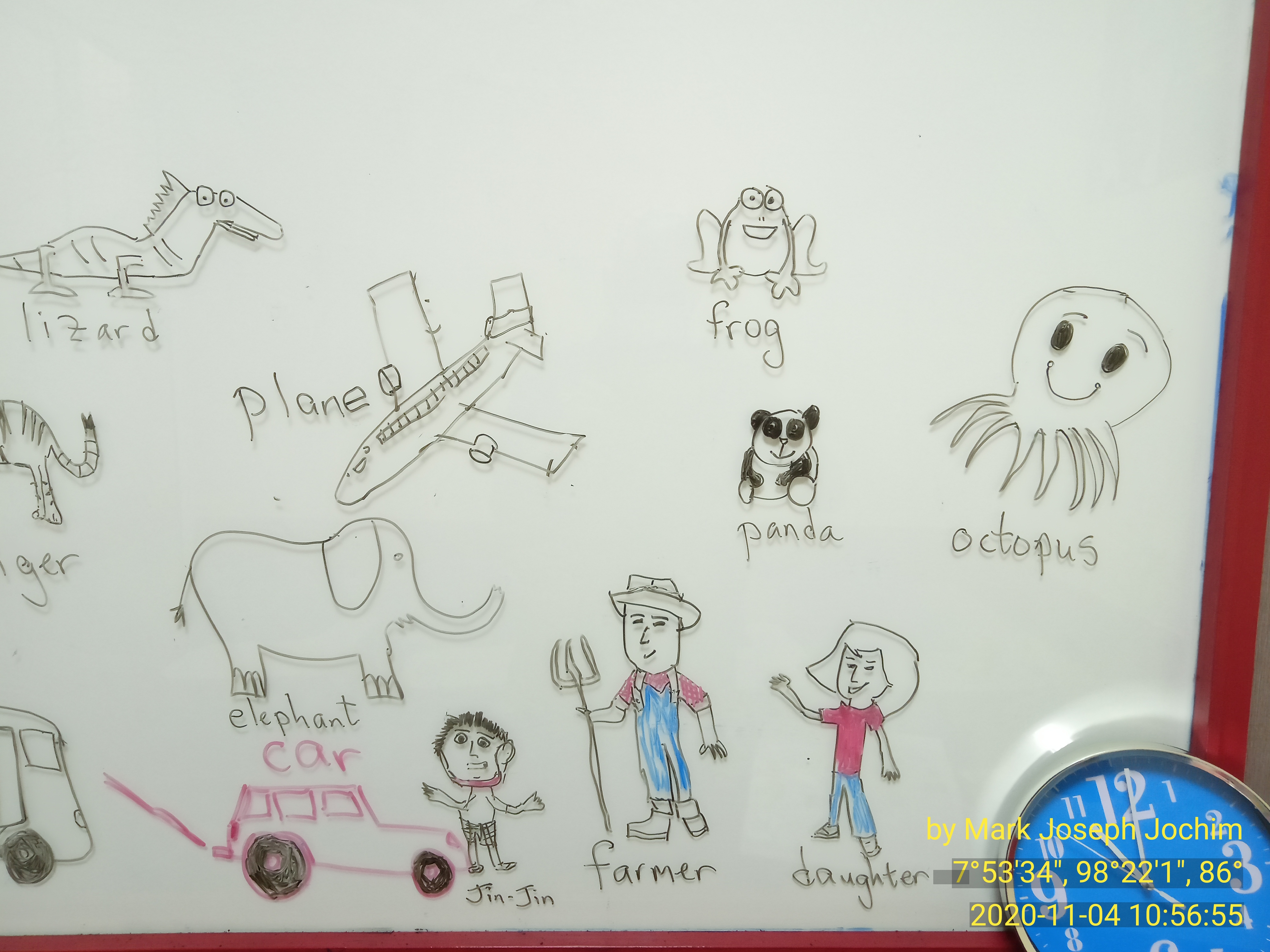 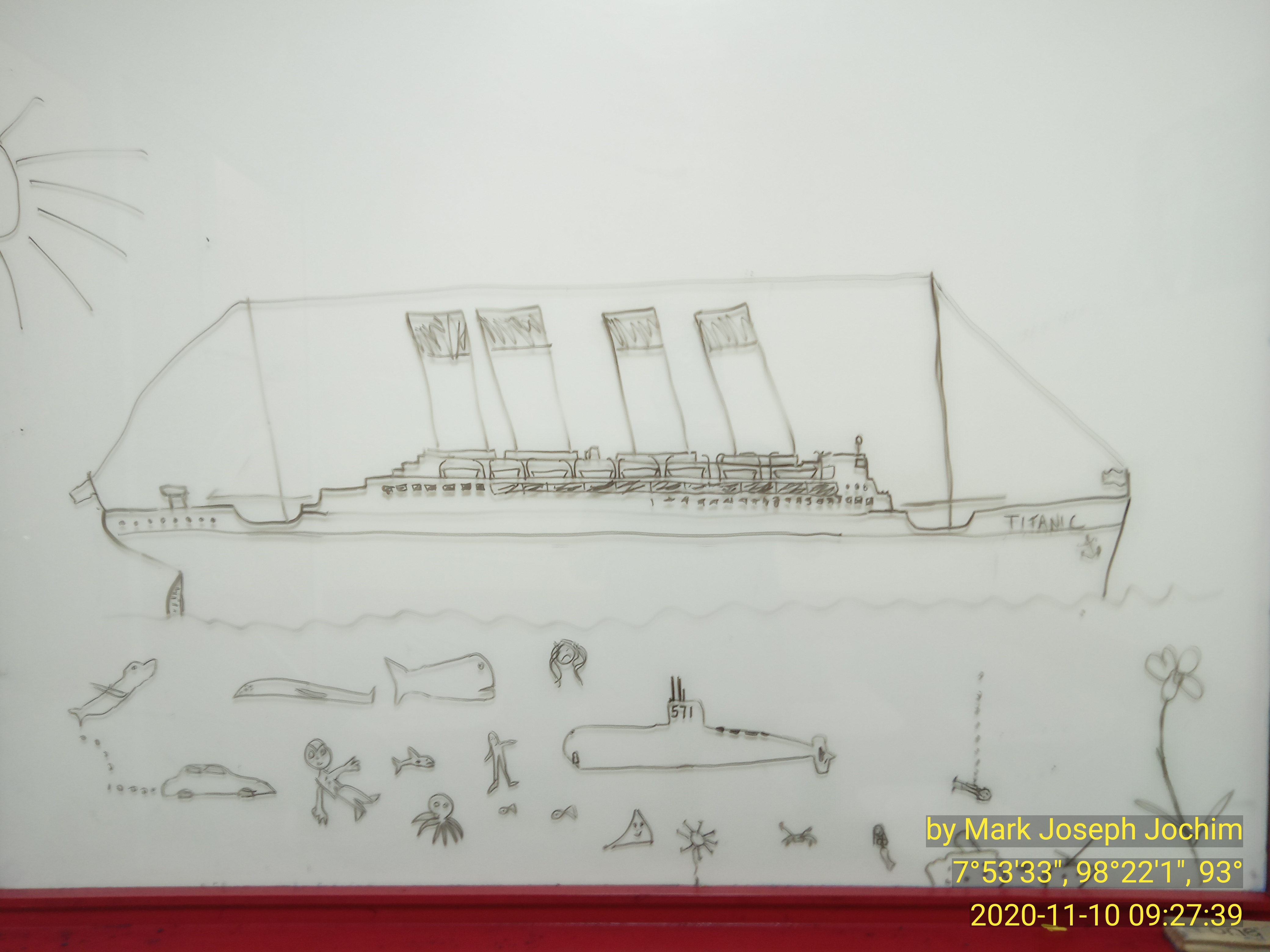 November is also the time for my annual walk to the hospital next door for a cursory medical exam so that I may renew my Work Permit.  Every year, the examination rooms and doctor’s office are in different locations and require an escort to guide you from one test to another. However, the location of the cashier never changes. 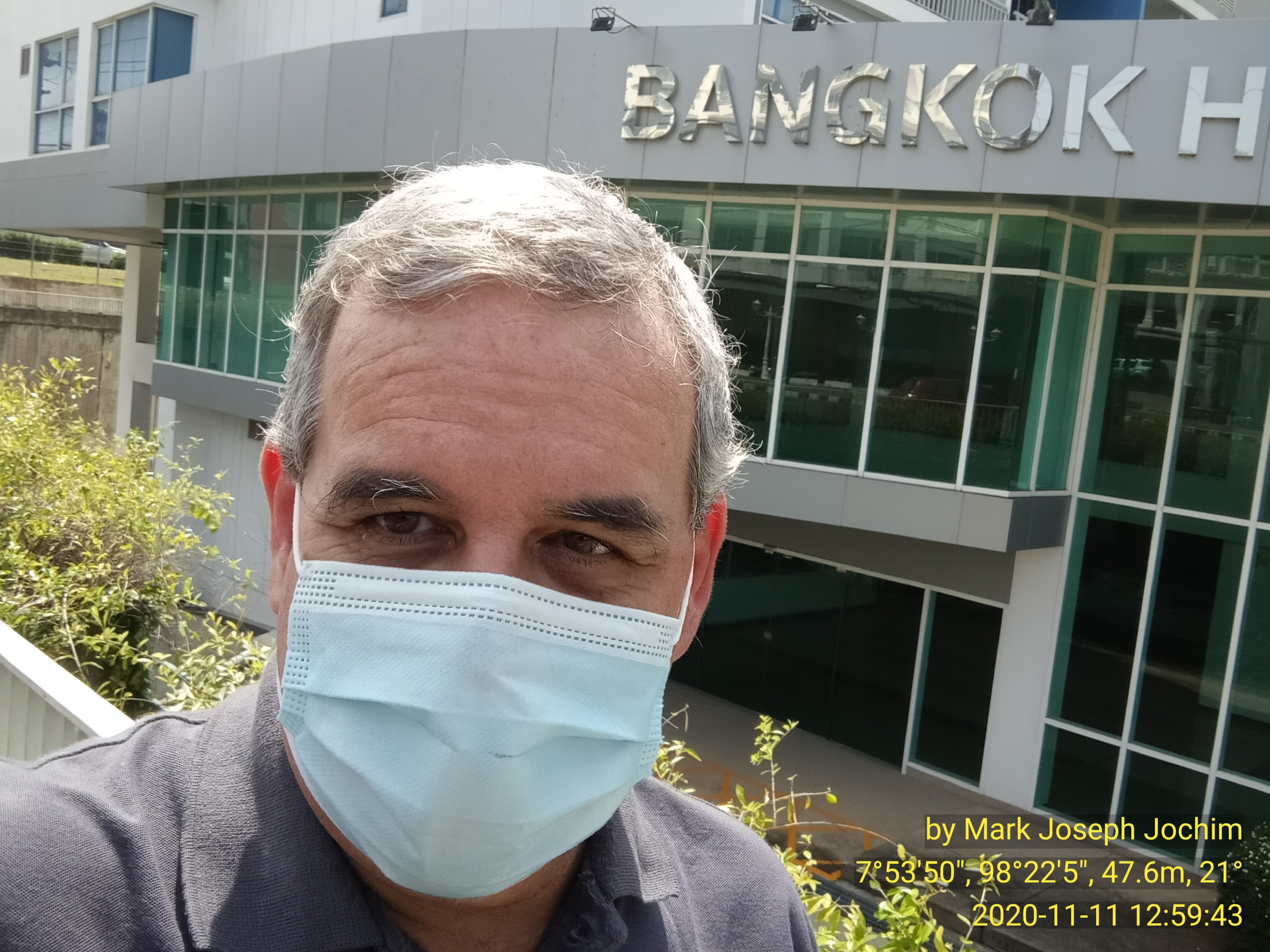 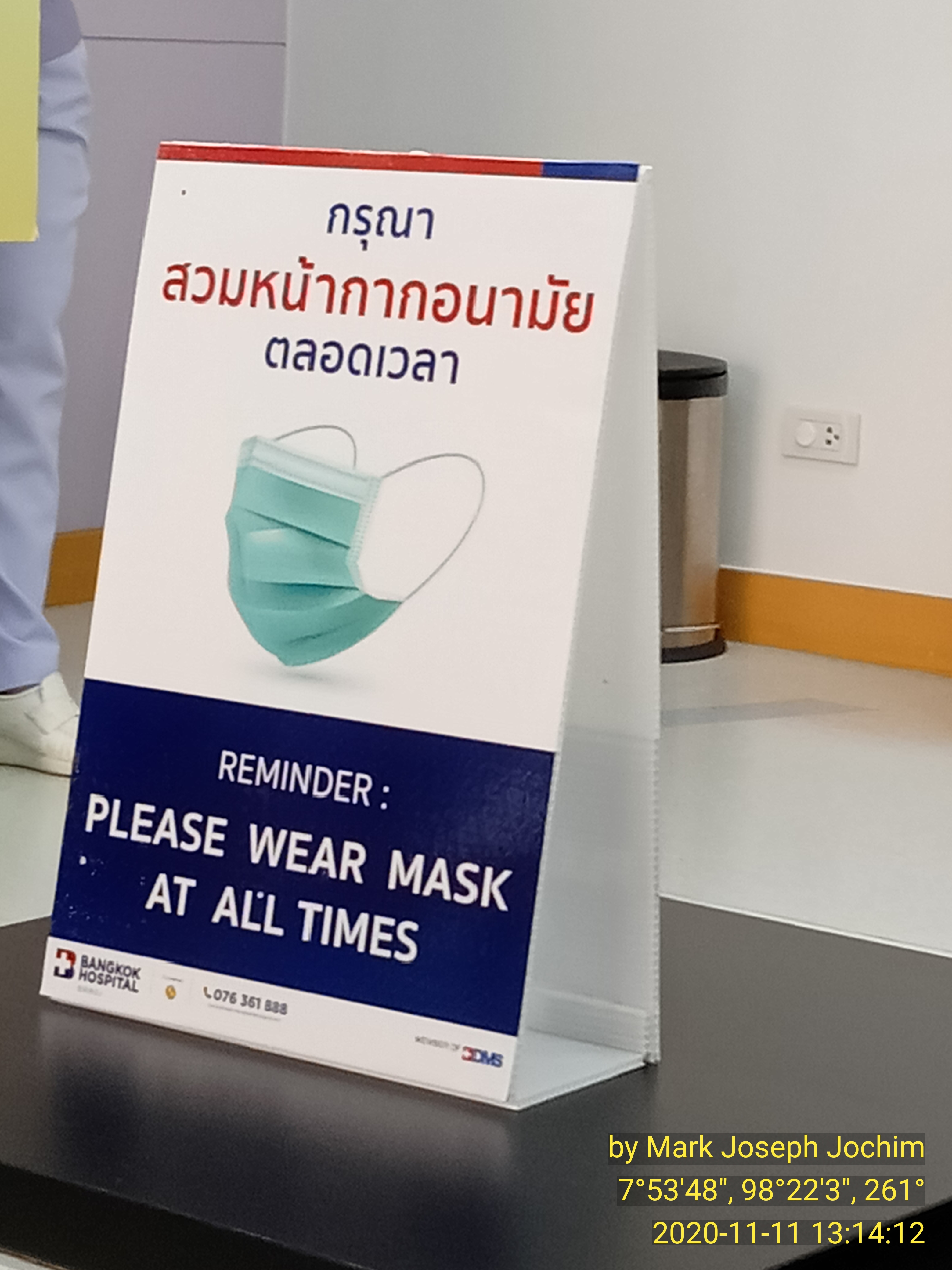 By circumstance or coincidence, my annual contract as our agency’s Deputy Head Teacher expires today, 30 November, the day before the second term of the adjusted (post-lockdown) school year begins.  For the past four or five years, its renewal has been more or less automatic with the Director handing me a copy of the new contract to sign at some point in November (or early December).  However, 2020 is anything but a “normal” year and the economic downturn has hit us as well.  Thus, my position has been completely eliminated.  I have been “down-sized” for the first time in my life!

However, I will not be without a job with the company.  Longevity does have its privileges (the start of July 2021 will mark my tenth anniversary with the agency). As Deputy Head Teacher, I was primarily responsible for planning and materials creation for outside activities such as English camps and was certified to teach test-preparatory courses such as TOEFL and IELTS.  I specialized in adult business courses (six years teaching a course with Krungsri Bank, for example) and created more than a few syllabi and text books along the way.  In the past few years, I have also needed to cover for teachers who had to take time off due to illness or other reasons (including terminations of contracts).  I enjoyed a long run doing all of this, although at times the workload was overwhelming to say the least.

Because of the COVID-19 pandemic, many of my usual courses never materialized this term.  The bank decided to wait until next year at least and there are very few students of any type enrolling in our in-house courses, at least not enough for all teachers to receive enough hours to justify their employment contracts.  When we returned to work back on the first of July, I had an inkling that there would not be enough billable hours to keep me busy and I suggested at the time that I either go into a school full-time or work on an hourly (part-time) basis.  I was given reassurances at the time that they utilize me to the fullest.  They did, but it just was not enough.

Preparing for Christmas early this year included ordering a latex Santa mask from China and accumulating assorted baubles and other cherry decorations.  My snowman bean-bag toss got a good start before I ran out of fabric glue. 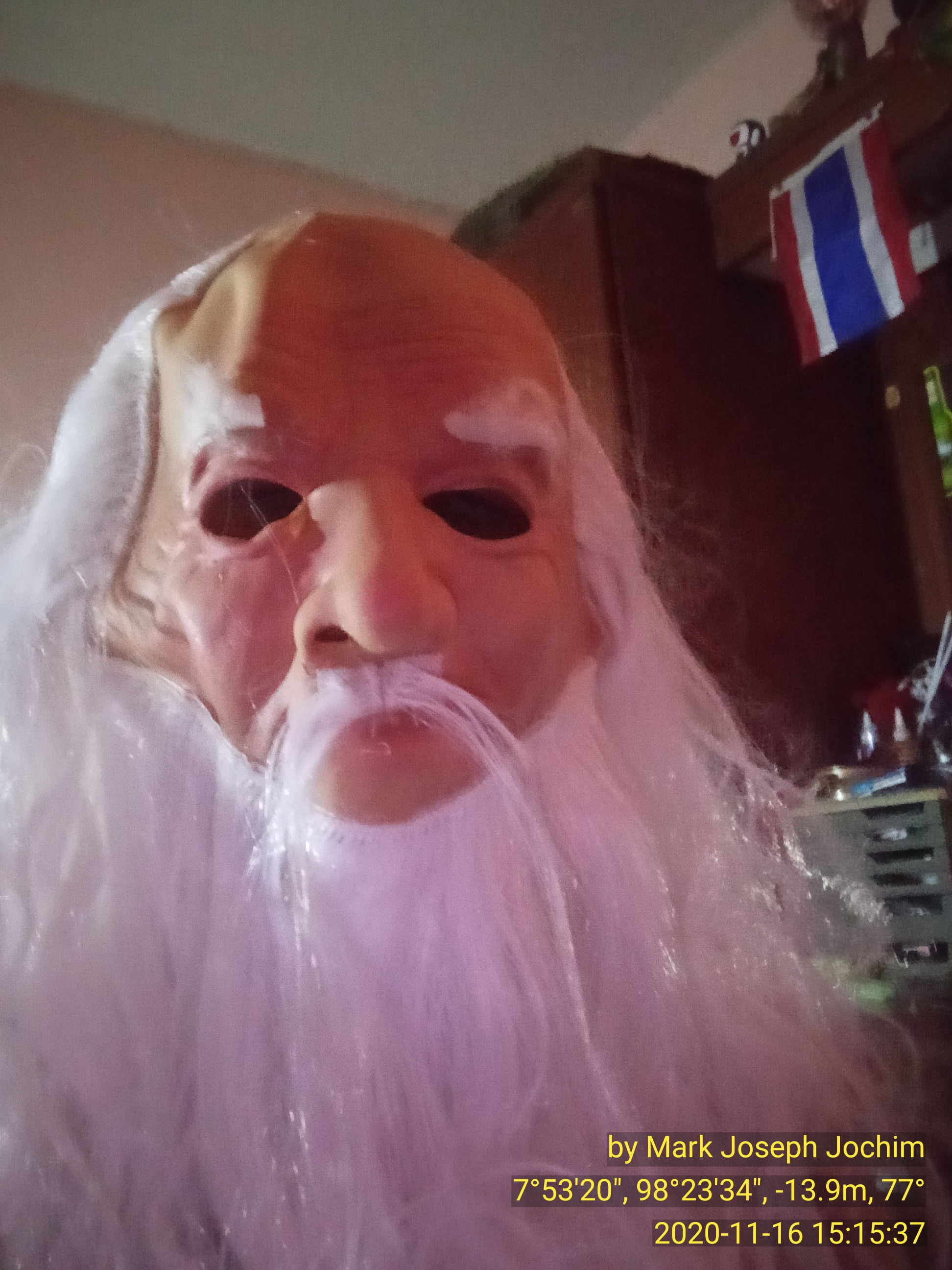 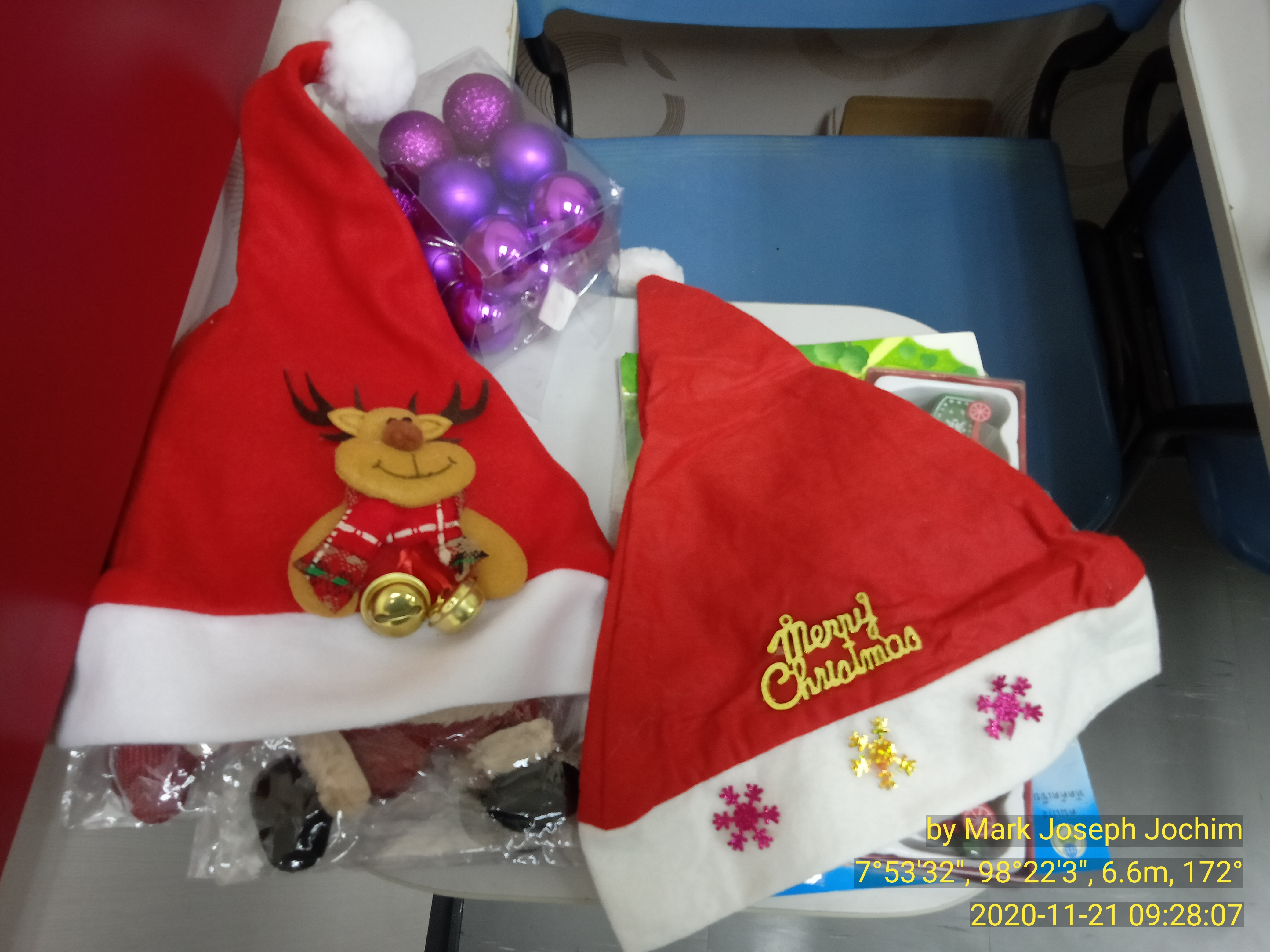 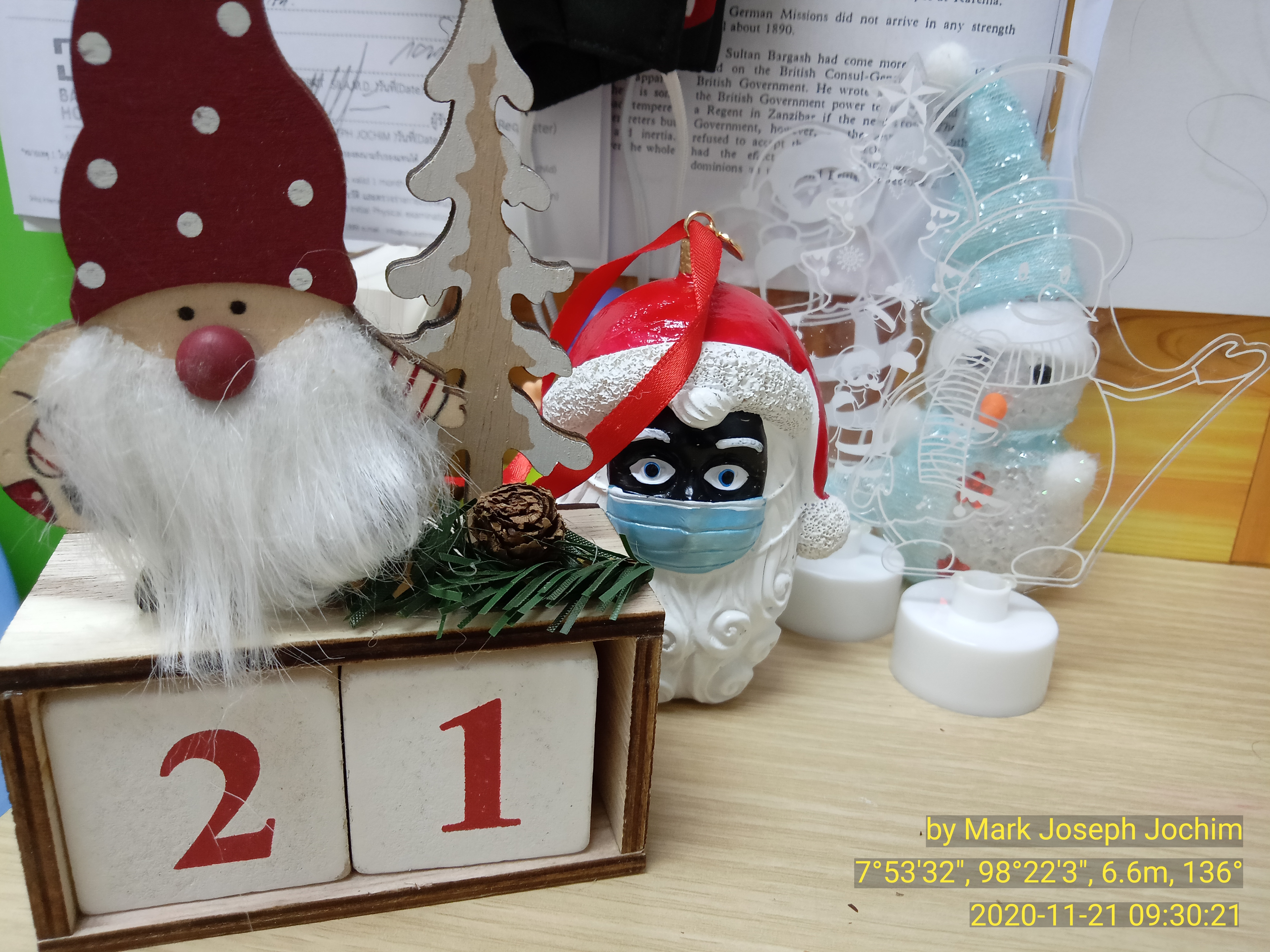 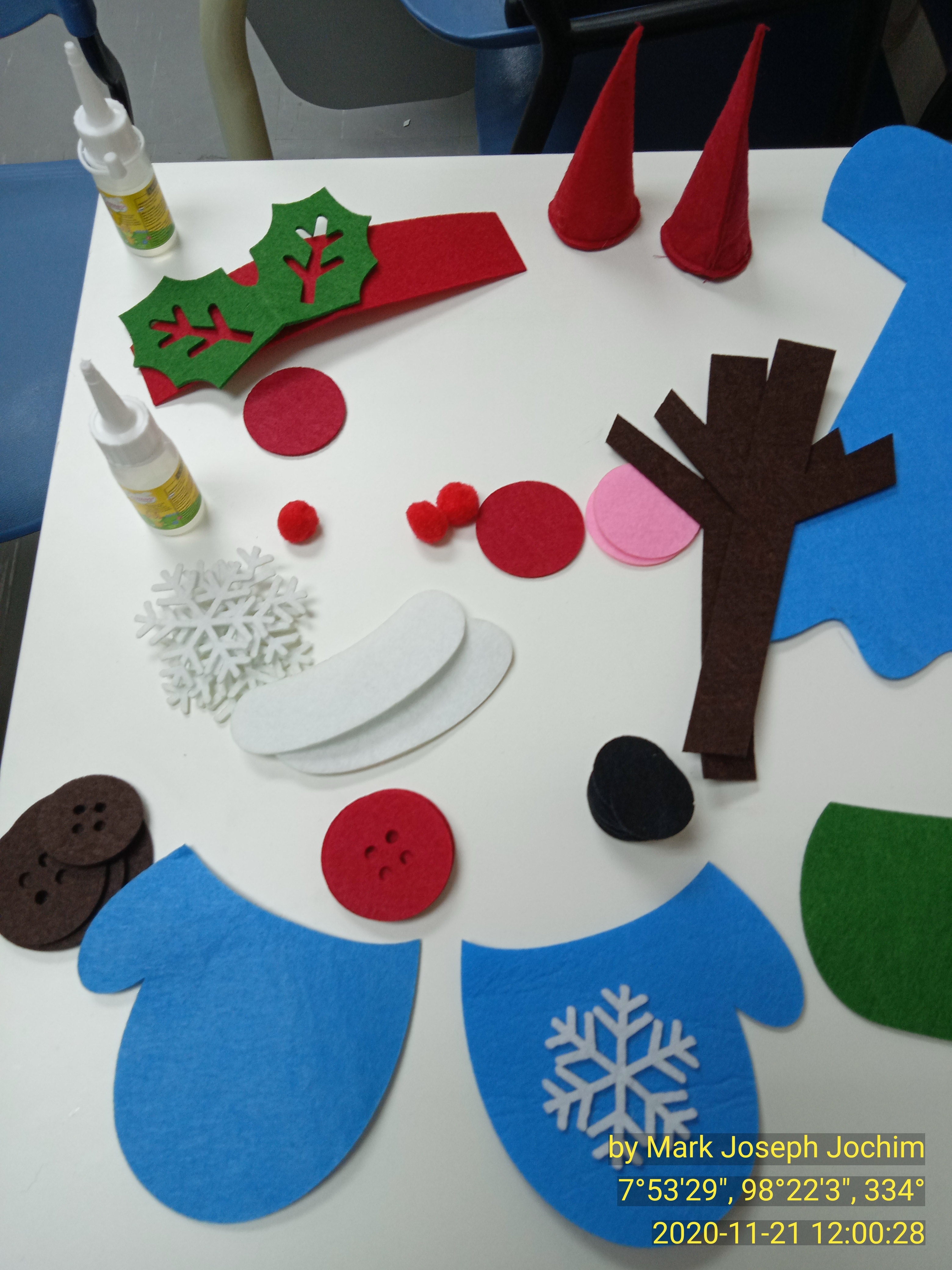 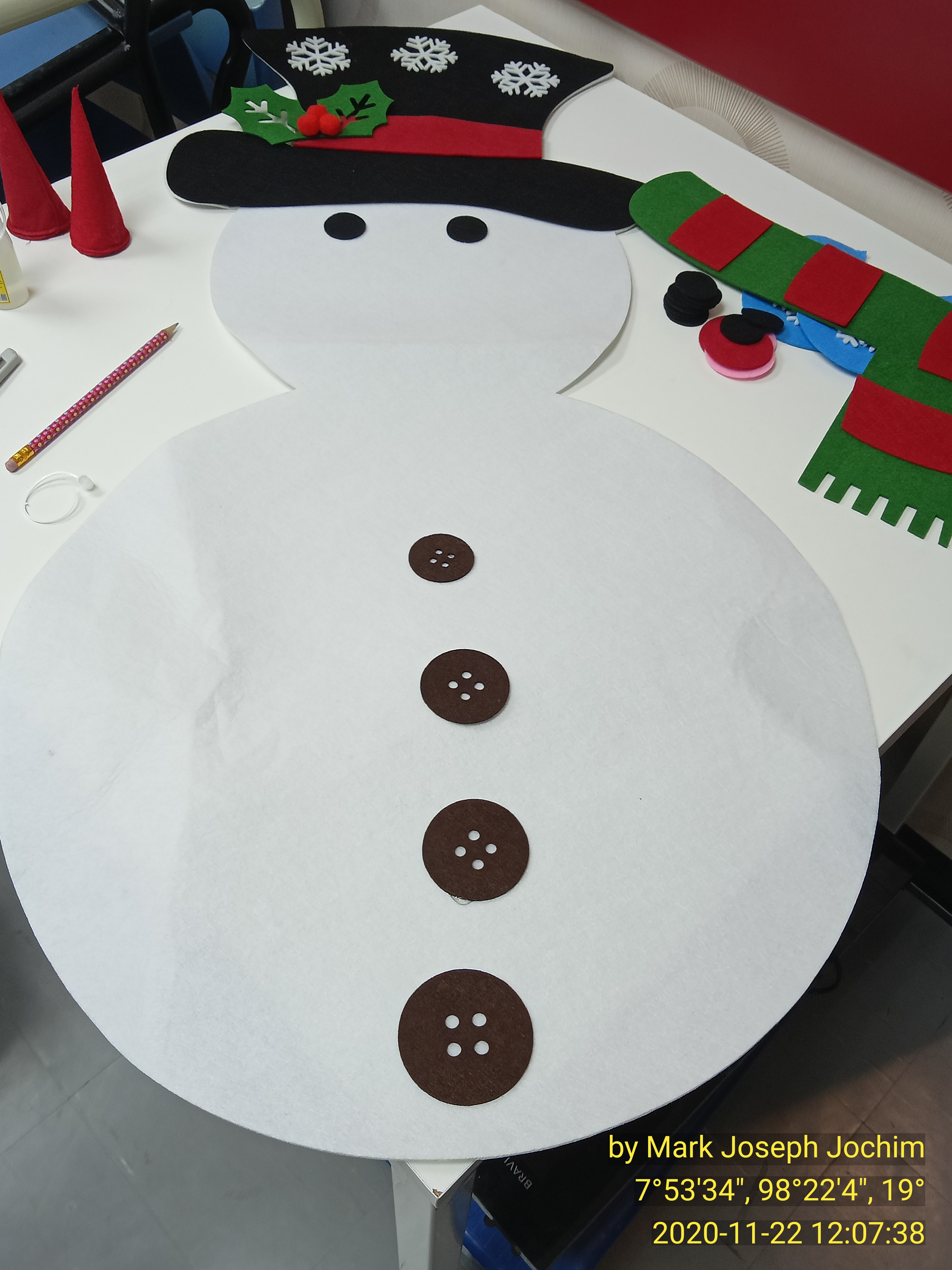 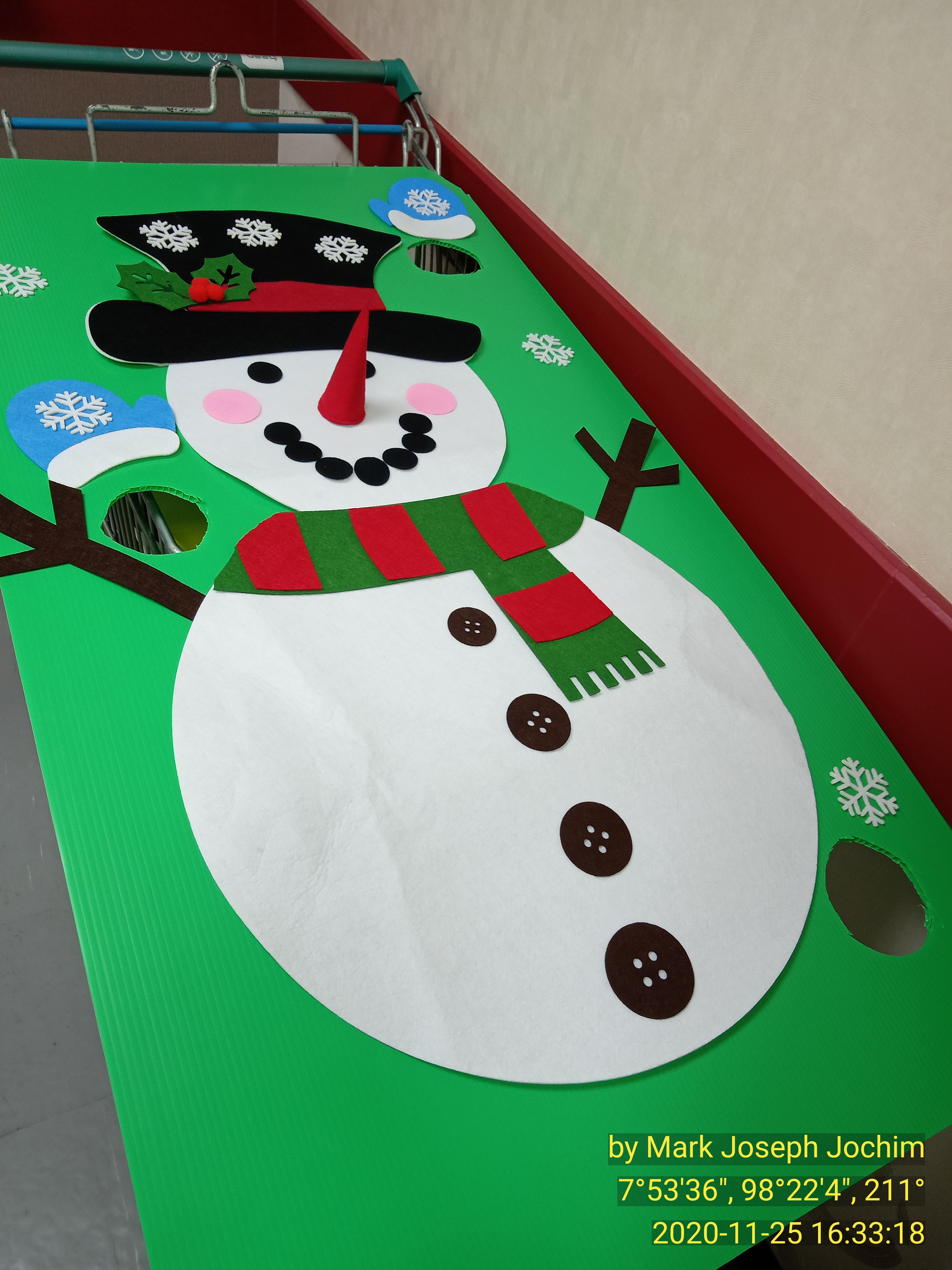 Starting tomorrow (1 December), I will work full-time at a single school, one of our contracted schools operated by the local municipality. Specifically, I will teach English Conversation to secondary level 2, 3 and 4 students (about 12-14 years old) in fairly large classrooms.  That will be my primary focus without having to worry about any of the extra duties (although I do plan to finish making the Christmas party games).  I will work in the school from 7:30 until four in the afternoon Monday through Friday.  I will also keep (most of) my old students in classes on Saturdays and Sundays as a favor to our Office Manager — at least through December.

While this is a big change compared to what I had been doing, I am looking forward to the “new adventure”.

There are a great many advantages to the move. While I loved the creative and organizational aspects of my previous position, I had been feeling a bit stagnant since returning to work following the lockdown period. With the adult students not (yet) returning, I was left largely with very young children in my classes. I have grown used to the little kids but teaching phonics and entry-level basic English bored me to tears after years of teaching rather higher-level material.

My work area at our main offices lies at the far end of the large (and unused) classroom which has been my office and workshop for materials creation and will soon be converted to a parents’ lounge.  I have spent the past two days trying to pack up a wealth of supplies, resources and equipment that I have accumulated over years.  Most of my stuff is going to my already cluttered apartment but I hope to use some in my office at the new school. 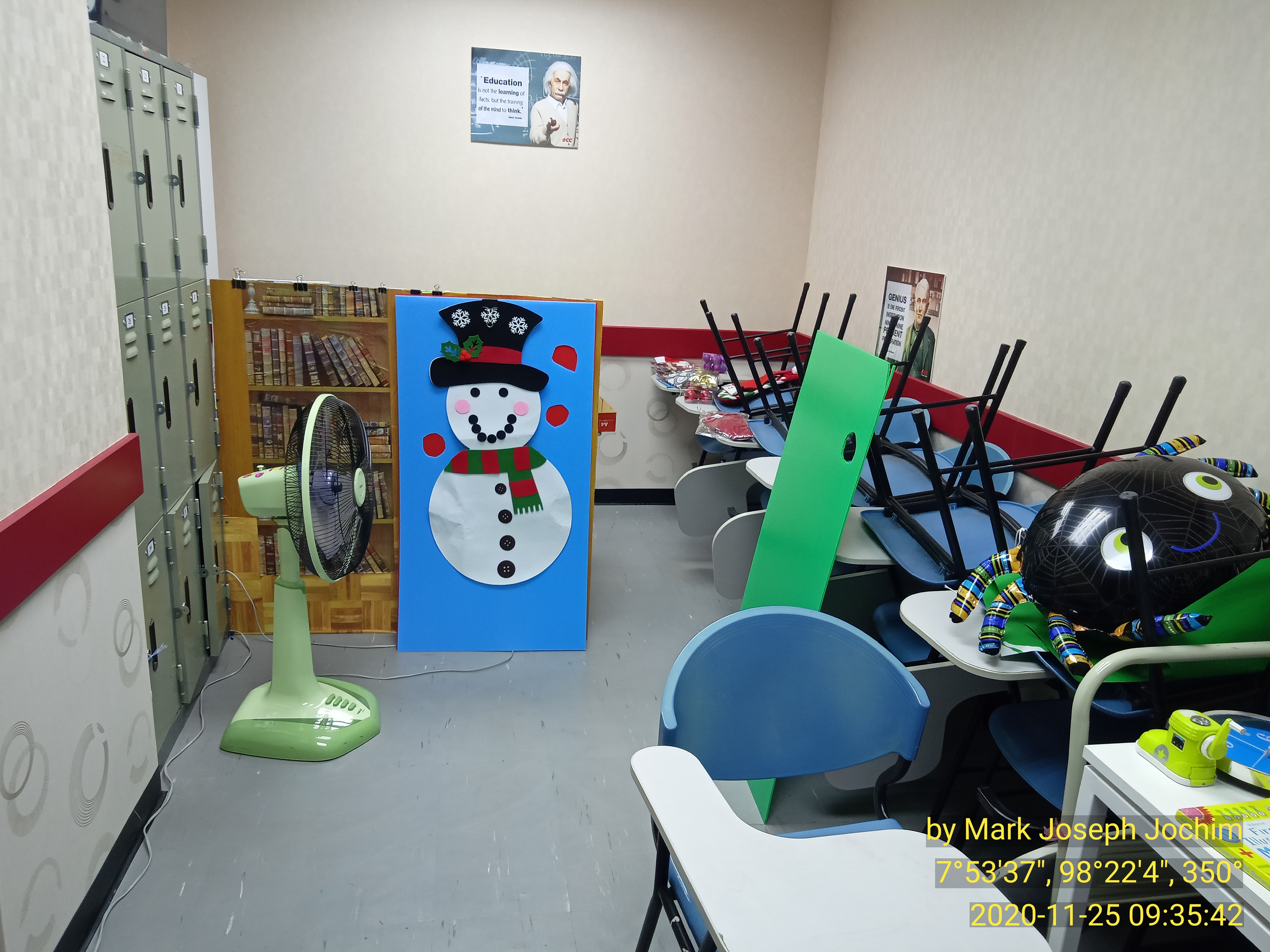 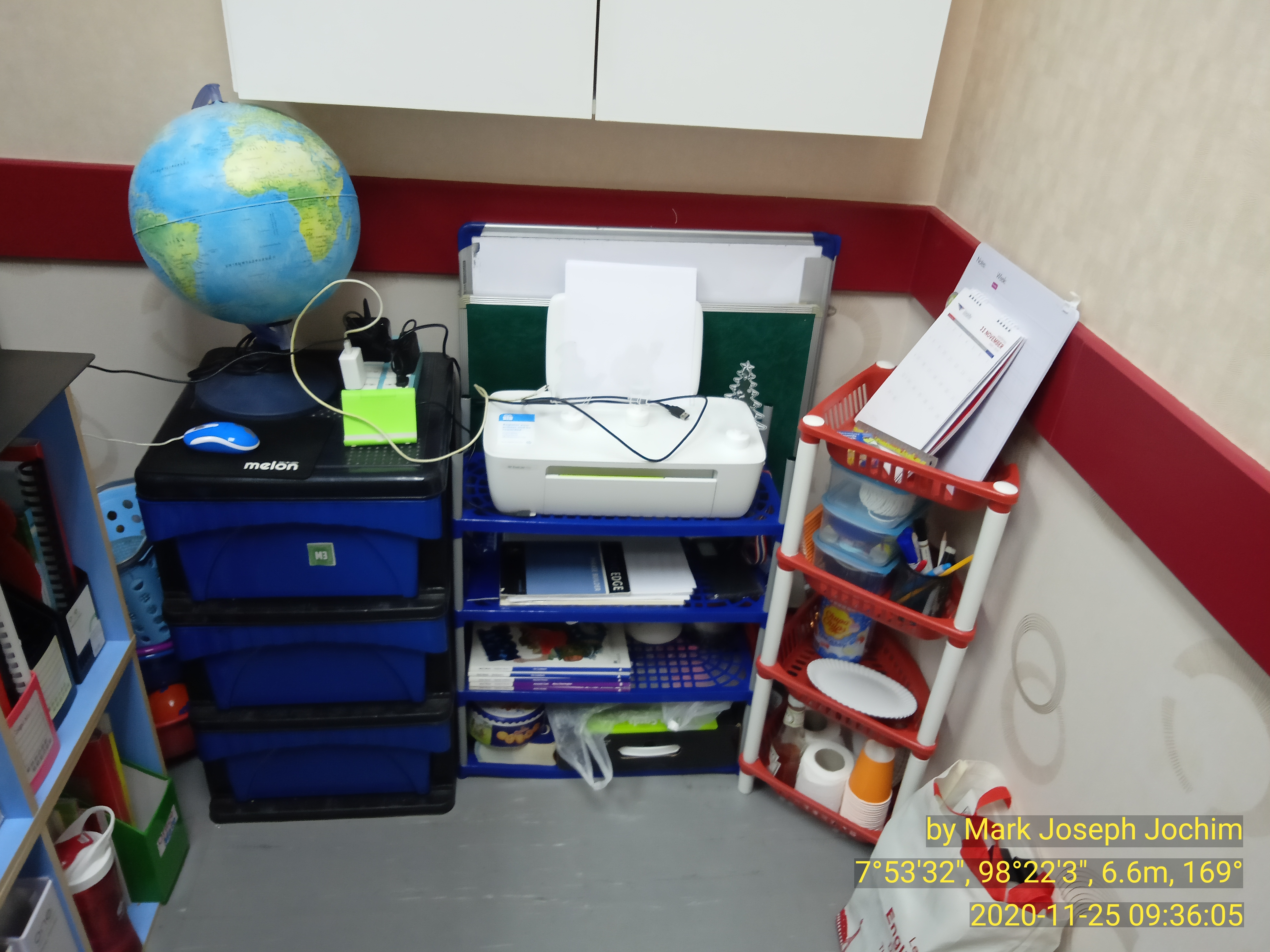 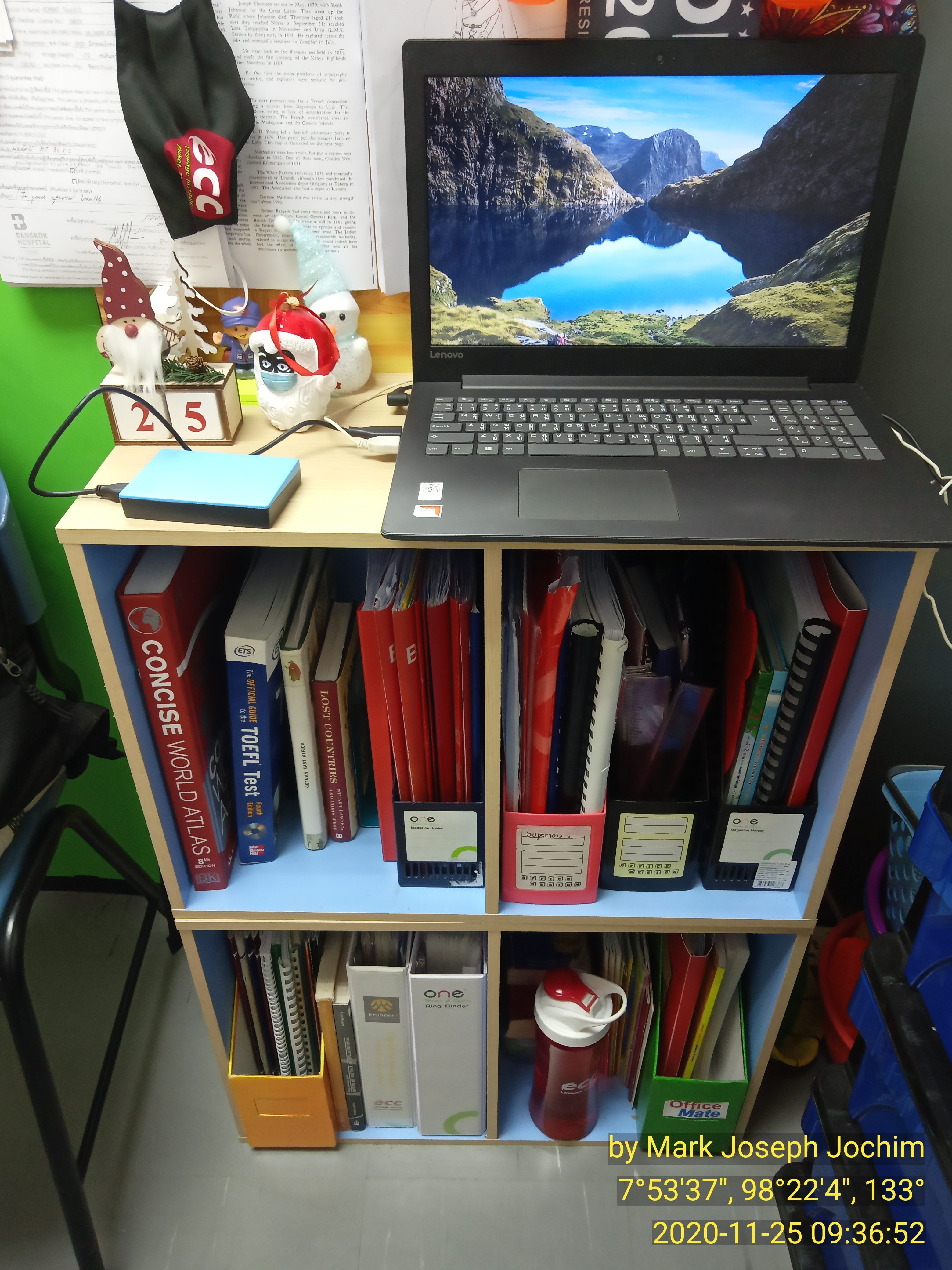 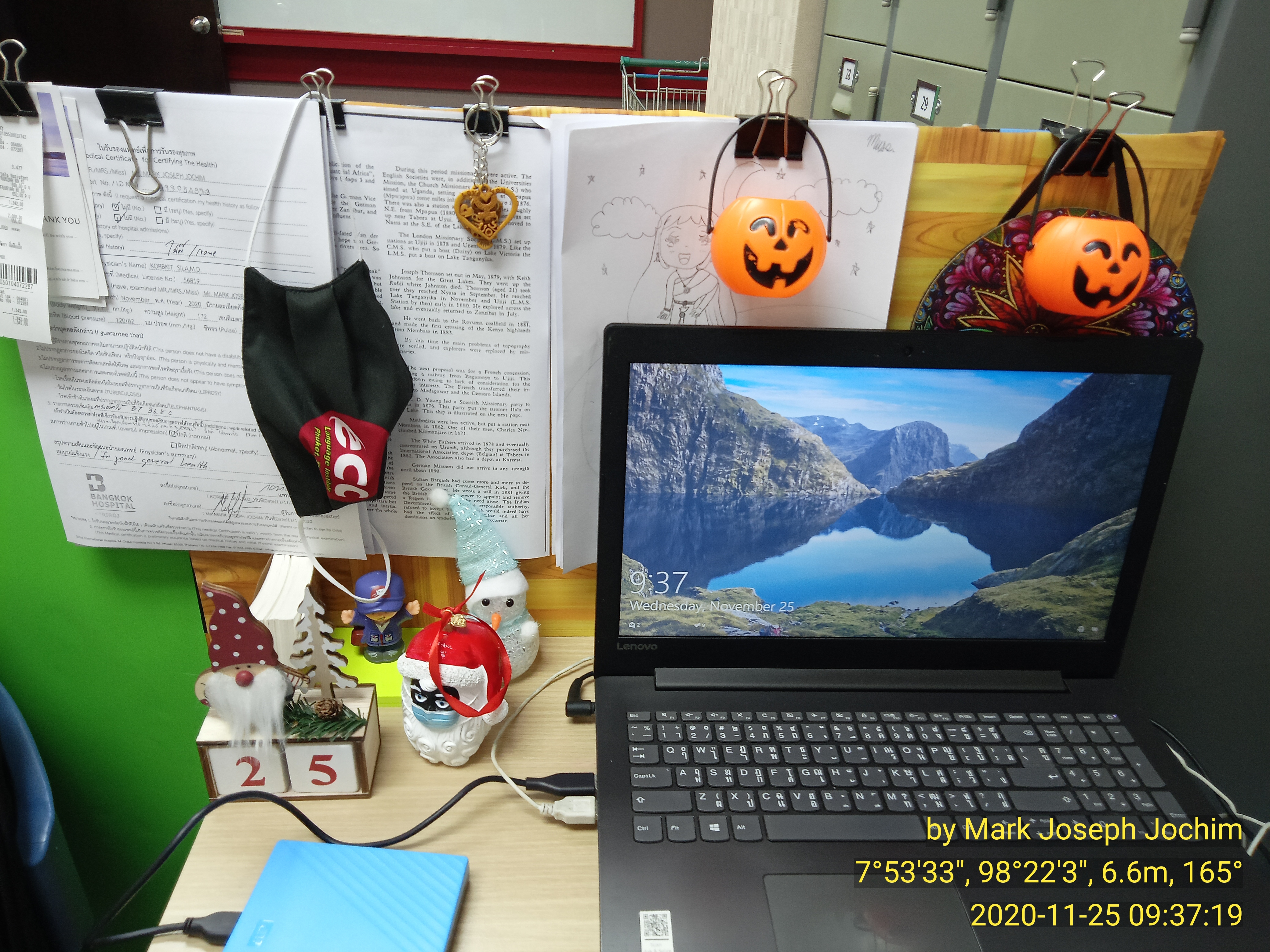 Another big plus is knowing what my schedule will be each and every day. As one of a limited number of qualified cover teachers, I always dreaded that 7:30 a.m. message asking me to fill-in at a school starting at eight. While I always eventually came up with an idea for an enjoyable lesson (occasionally as I was writing my name and the date on the whiteboard in the classroom), I never liked the sudden disruption to my carefully planned day.  In the last few months, it has not even mattered if I had set plans already as I had become their last (only!) hope at getting an experienced teacher (well, a breathing one anyway) into a classroom.  I will also be able to go home in daylight rather than riding the bus home in the dark.  That darkness has included rain for months now.

In fact, I will only need to take a bus to and from work on the weekends as during the week I will be able to walk to my new school.  I will also save money by eating the free school lunch every day or dining in one of the myriad local restaurants that surround the school.  I am also well-suited to teach English Conversation (really, my favorite skill to teach at this stage).  Yes, the classes will be jam-packed with between 30 and 50 hormonal teenagers who see no point in learning the language at all with minimal ability all of whom know that, in Thailand, one cannot be given a failing grade for any reason at all.  It is a challenge but I am up for it and looking forward to it.

After all, it is only five months until the end of the term (and the school year).

Somsak Optical on Th. Radsada in Phuket Town is highly recommended as “the” place for eye exams and prescription eyeglasses.  The owner speaks excellent English and the prices on frames and lenses is quite low.  I am pleased with my new glasses. 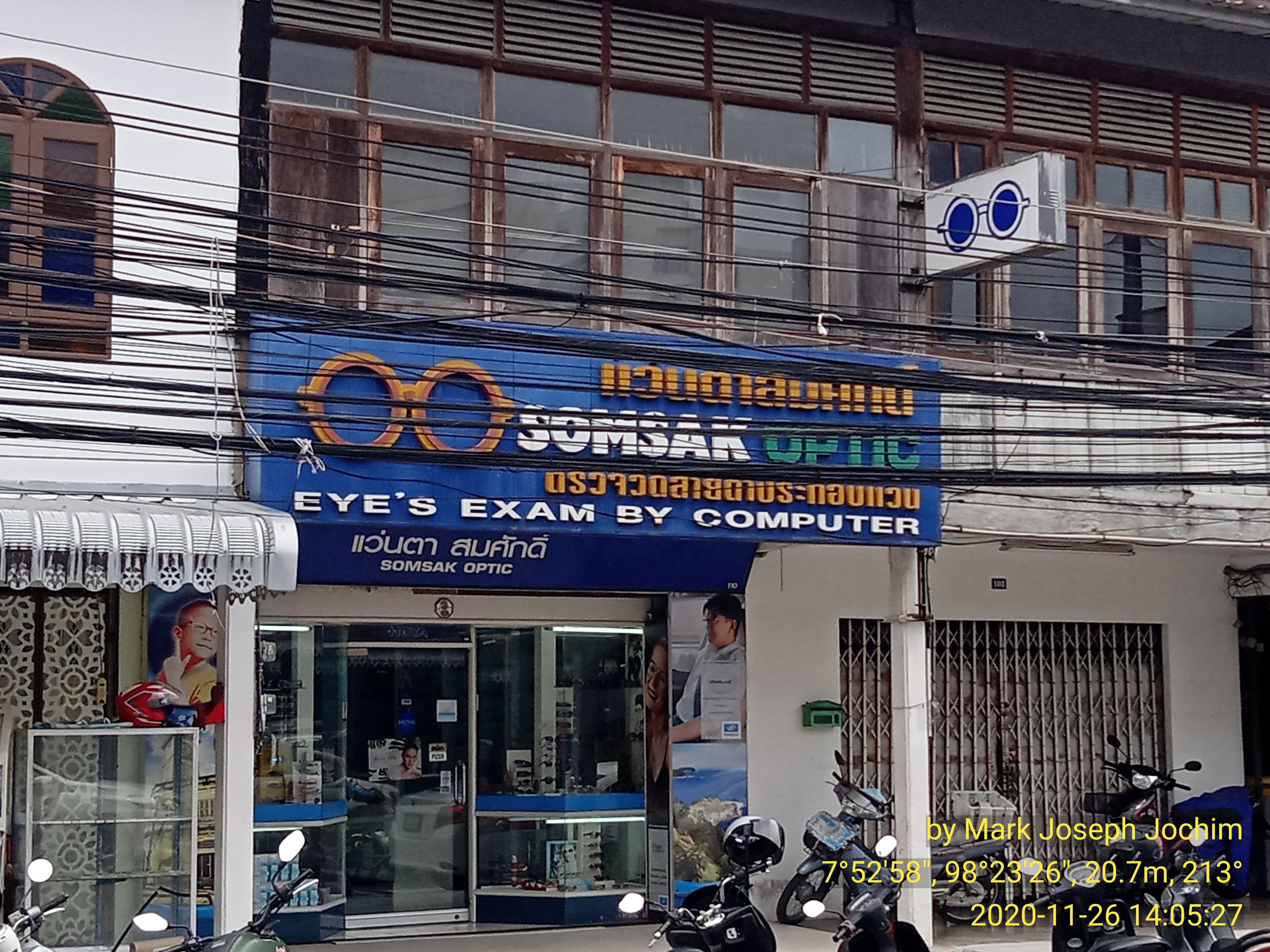 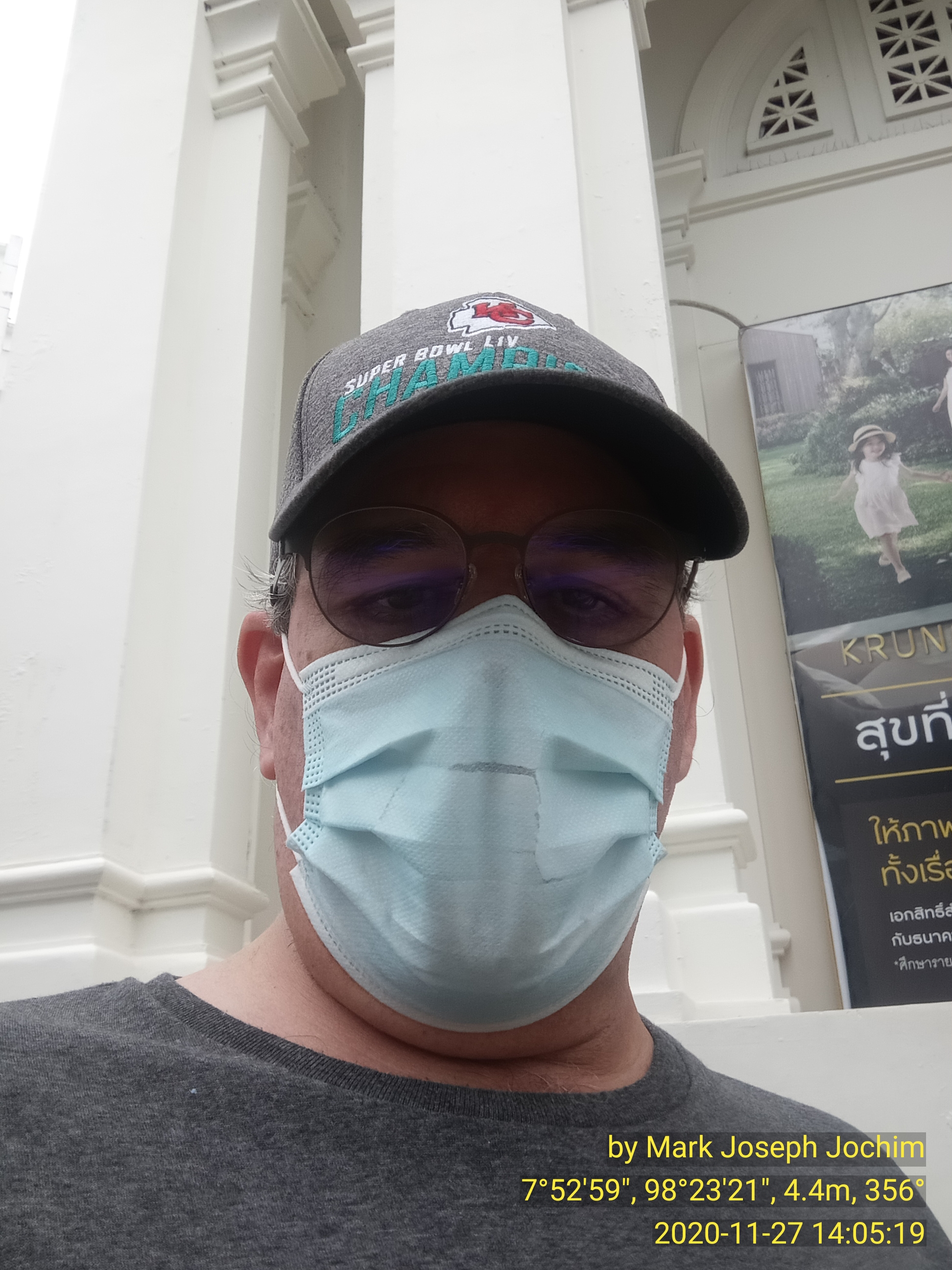 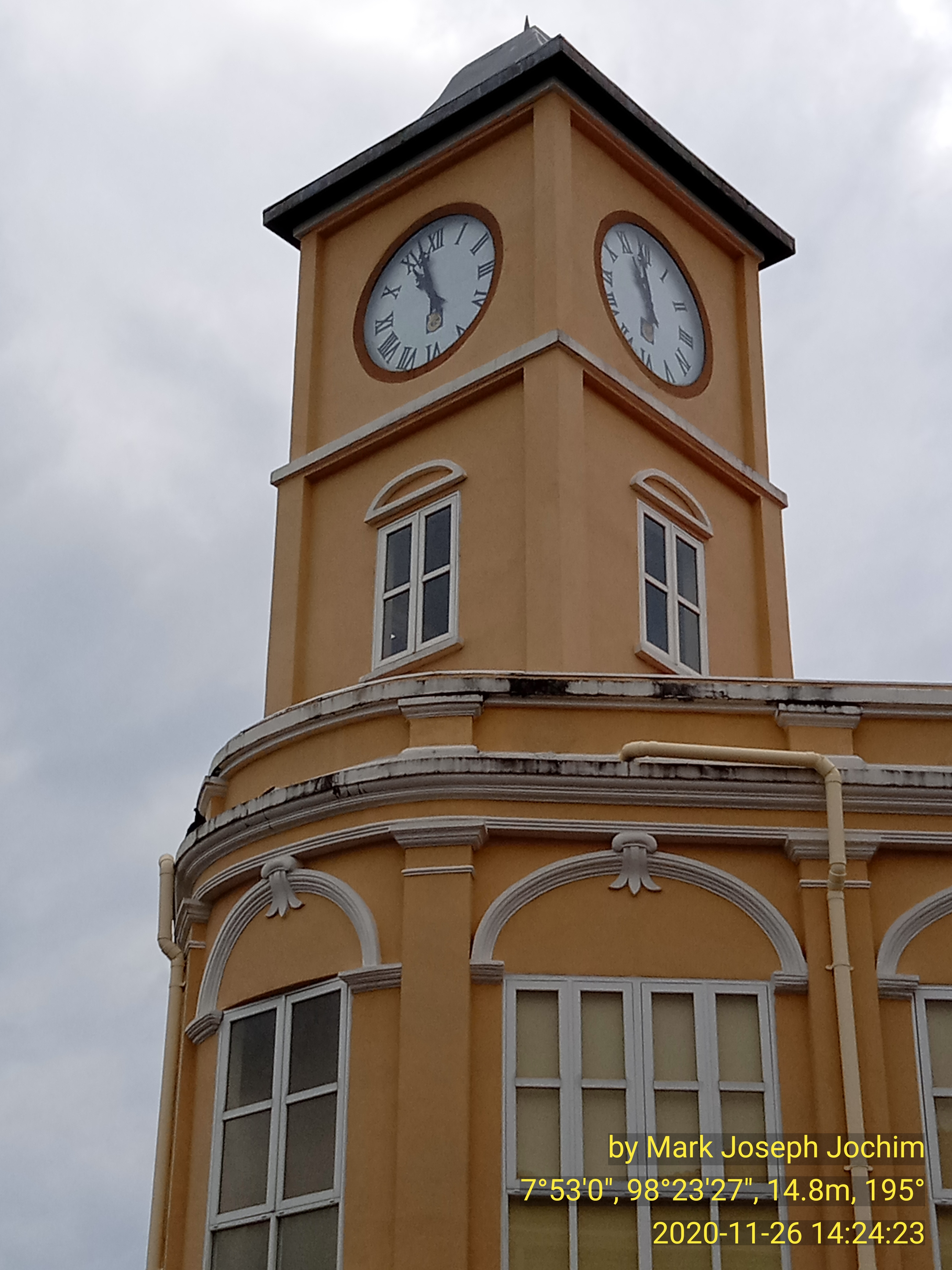 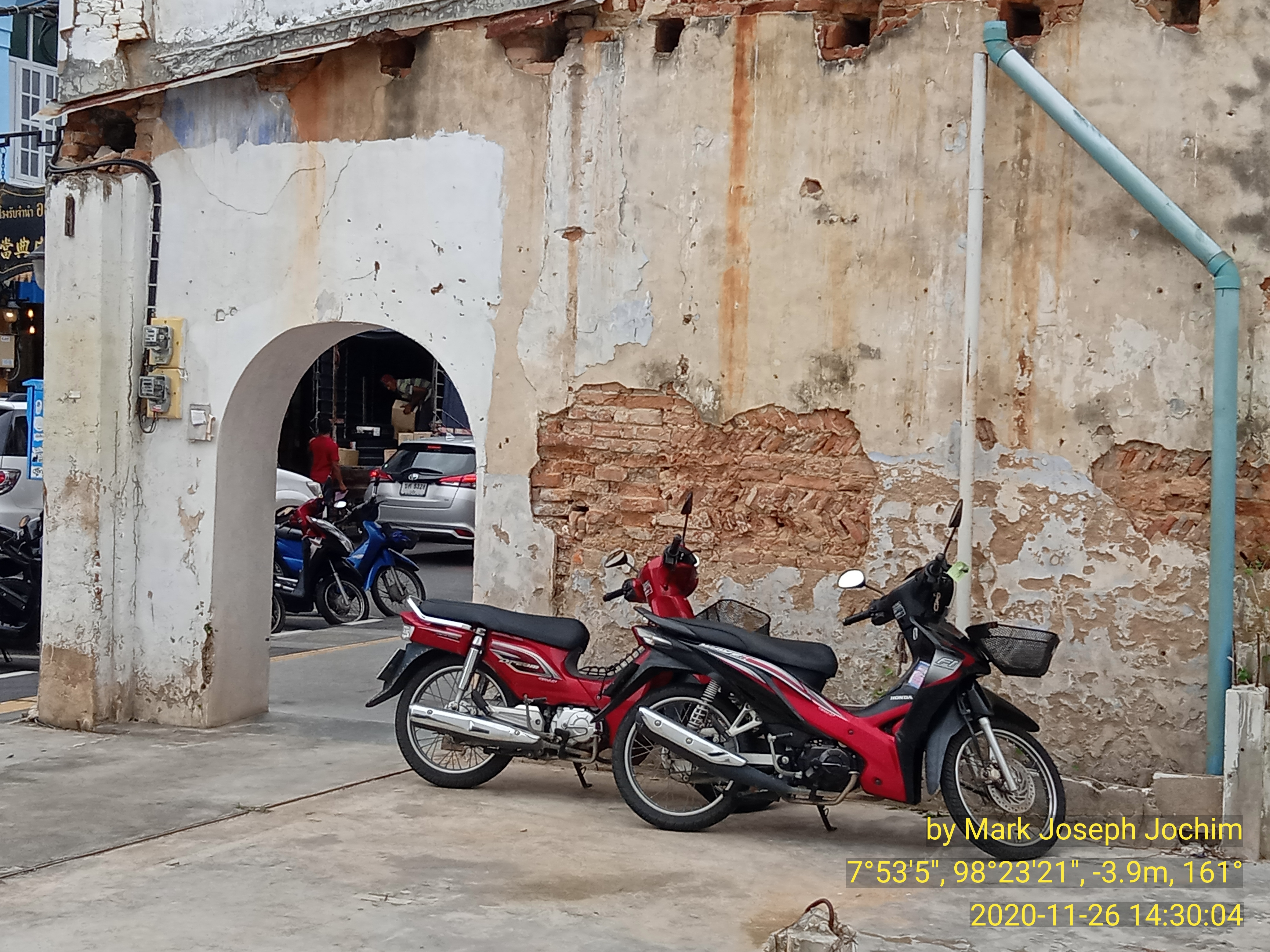 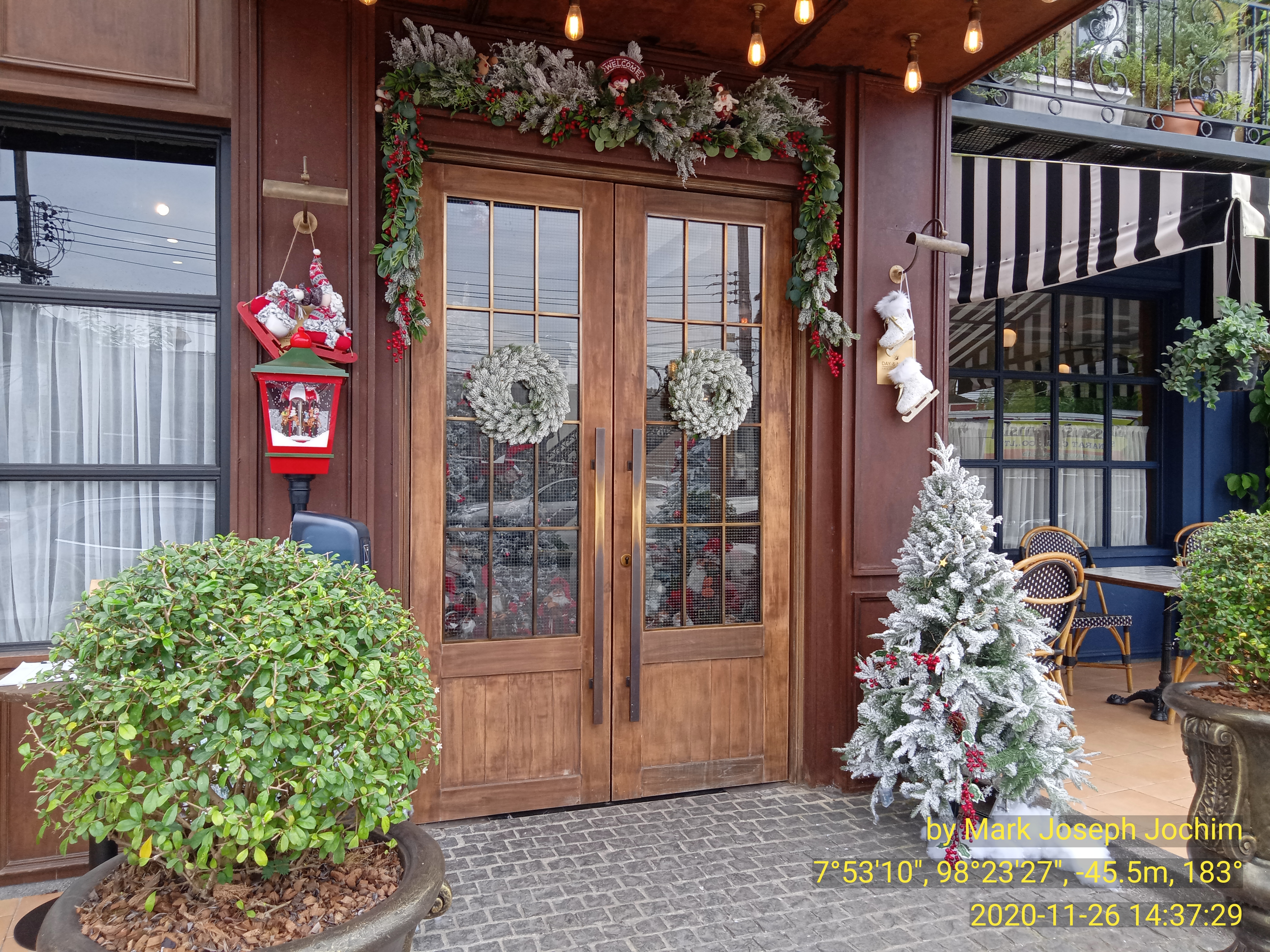 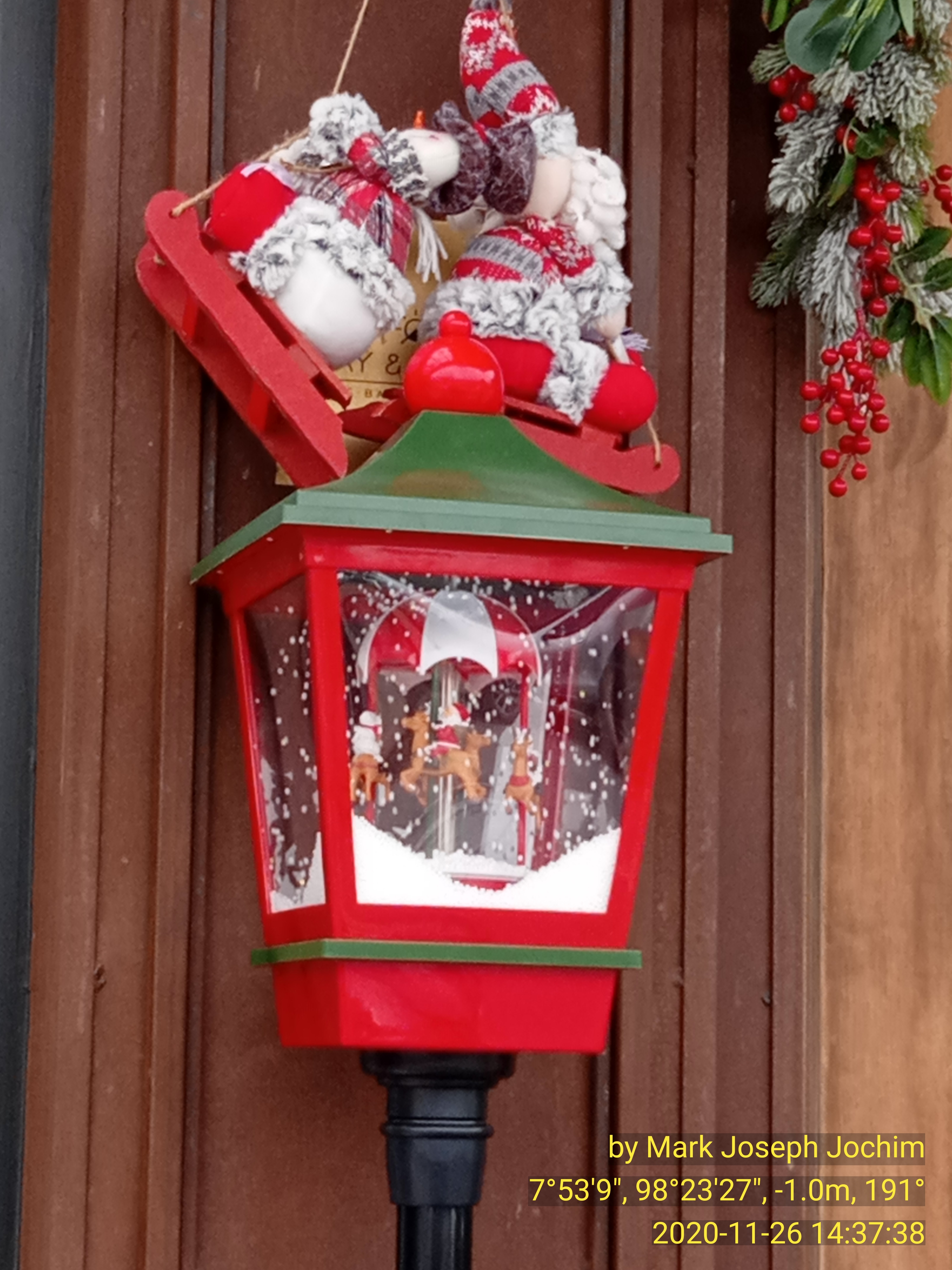 The hardest thing for me right now is to break down and pack portions of my private office that I have built up over time (the heavy rain each afternoon and evening certainly has not been helping with that task!). 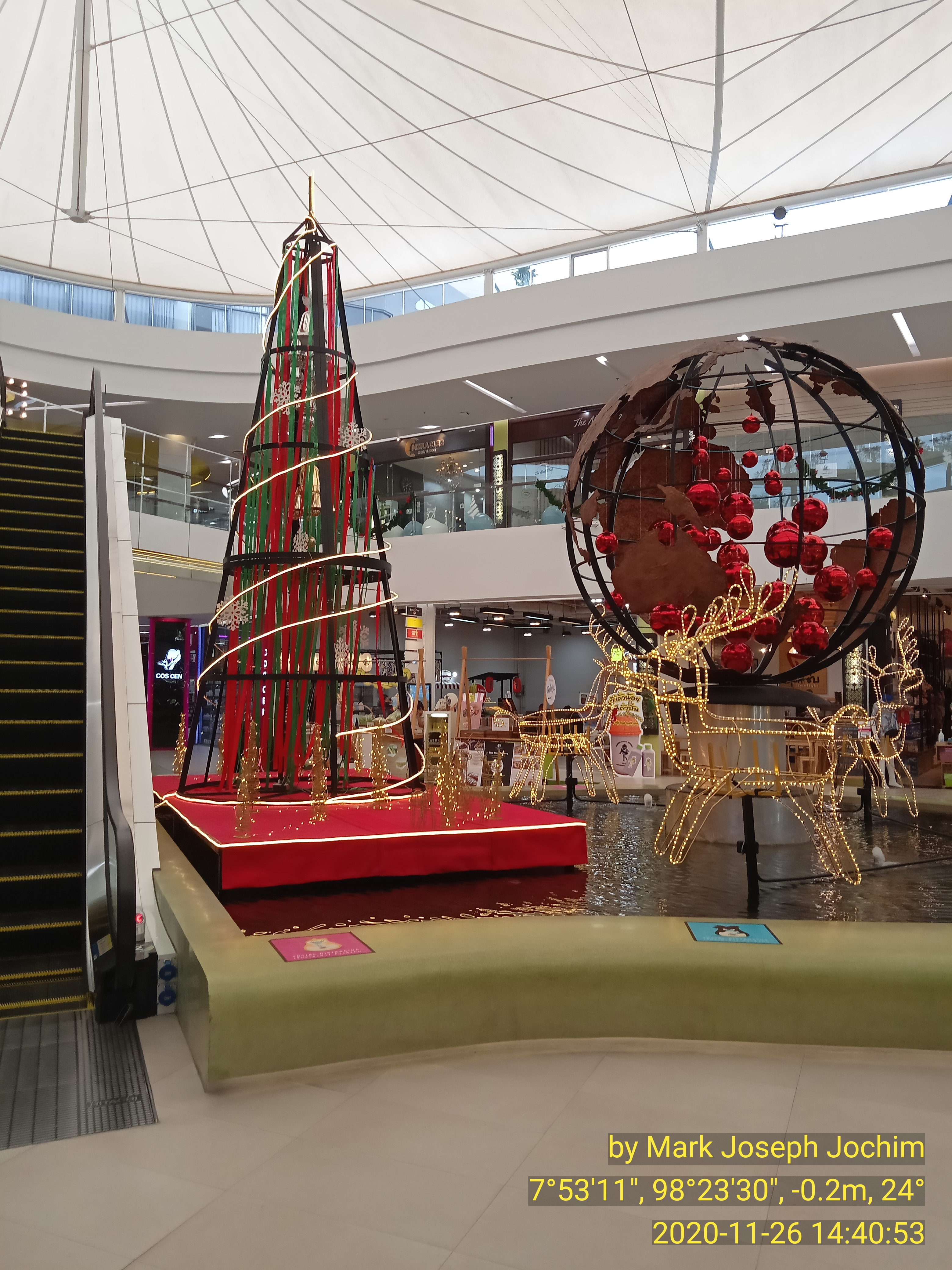 I was able to take a couple of days off at the end of last week to run errands such as getting my eyes checked for prescription eyeglasses and buying new work clothes for school (shirt and tie rather than my standard grey polo shirt and matching slacks at the office).  I still need to get a haircut but may just give myself one of my infamous “selfie-cuts” this evening.  There is some last-minute shopping that I need to do this afternoon before my five o’clock lesson with whiteboard markers and new shoes a priority.

Walking around town (between sudden downbursts), I was pleased to see a number of Christmas decorations already.  In years past, these were few and far between in Phuket Town and other communities on the island but the huge malls would erect trees and other cherry symbols of the holidays in an effort to get tourists to spend more time in the shops.  This year, economic failure is gripping most of Phuket which seems to be the hardest hit area of Thailand due to the complete lack of outside tourism.  Thus, it seems odd that so many businesses have gone all-out in their displays (and so early, too!).  Perhaps they are encouraging shopping but mostly I think it is an effort to leave the crazy year of 2020 behind on an upbeat note.  Let us hope it works on all levels.

I will try to report back in a couple of weeks (rather than waiting until the end of the month/year) to provide another update.  With so many changes, I know there will be much to write about.  The only question is:  Will I have time to write?