I have been fairly active over the past week-and-a-bit so I thought this was a good time to post a short update.

The first thing I did on my birthday last Thursday was to walk to the Phuket Philatelic Museum (about five minutes from my home). It was the date of release for Thailand’s last stamp of 2019 — a 5-baht commemorative marking the nation’s National Day and featuring a stamp-on-stamp design (1967’s 2-baht Thai flag).

I was surprised that the Post Office was even open as it was a national holiday but happy that I hasn’t wasted the time walking there.  I also received one of the very limited Visit of Pope Francis miniature sheets as a birthday gift.

I made a quick run home to drop off my purchases — I usually buy one full sheet of stamps and one first day cover for each issue, keeping it fairly inexpensive — and headed back out. My next “task” was lunch in the west coast town of Patong.

In Phuket, there are only three or four places that I truly crave eating at when I have the time. One of those is Subway Sandwich Shop of which only three remain on the island. Two of those branches are in Patong; I prefer the one at the Jungceylon mall more or less in the center.

Back when there was a Subway at Central Festival mall (where I work) and I was nearly a daily customer, I got hooked on the Spicy Italian sub. I almost always order the foot-long, devouring this monster in one sitting. My birthday was no different despite a significant price increase. It was the first one I’d had in more than a year-and-a-half.

Mission accomplished, I walked to the beach in order to catch the songteaw (local bus) back to Phuket Town. The massage ladies were out in force and a few were quite aggressive, grabbing my arm on two occasions. I really hate the fact that nobody in Patong takes “No!” for an answer and is a major reason why I rarely make the journey. At least nobody tried to sell me a three-piece tailored suit this time.

Back at work on Friday, I was asked to find the Christmas decorations and Santa costumes hidden amongst the boxes stored at the rear of my classroom/office. I eventually found them but not before wrenching my back. I am still in excruciating pain almost one week later.

It didn’t help my back problems any participating in an English Conversation Workshop over the weekend. We had nine teachers at Phuket Rajabhat University all day Saturday and Sunday doing role-plays with around 200 fourth-year students in the Humanities Department. I got lucky and my students were all English majors with a good command of the language. A few are already interning as English teachers and a number as hotel receptionists. It was a really enjoyable weekend but twelve hours on my feet teaching didn’t do my back any favors.

I took things easy on Monday, spending most of it laying in bed in an effort to heal my back. Early in the morning, I listened to the Kansas City Chiefs game on internet radio — we beat the Patriots and clinched the AFC West Championship. I also read a lot and am close to finishing my first book of the month (a Robert Pobi thriller called City of Windows).

If you would like to view more of my photos from this past week, please have a look at my Flickr Album by clicking on the image below: 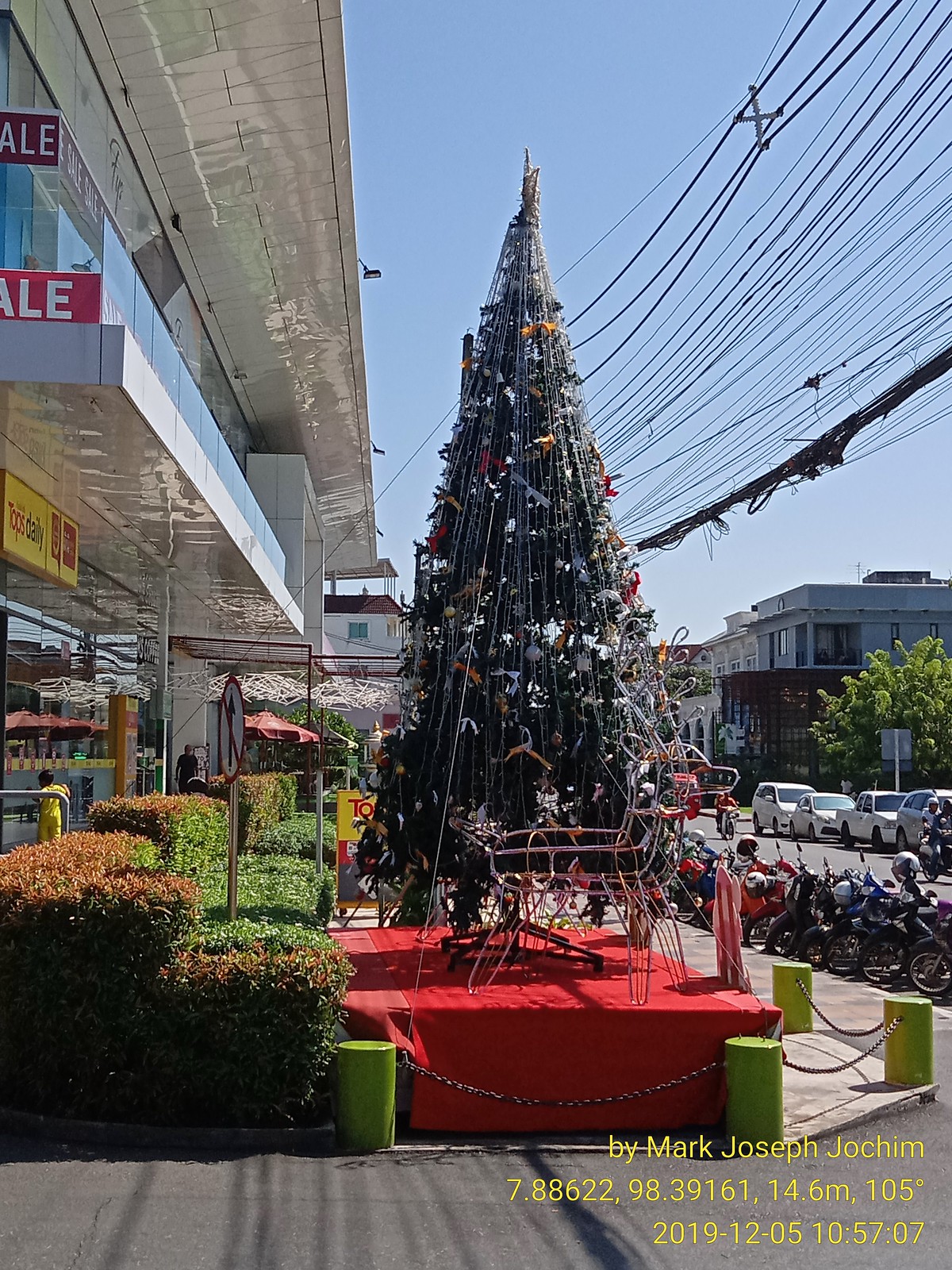 With that, we are once again up-to-date.  There are just two weeks until Christmas Day (not that it’s a “real” holiday in Thailand) and I have no idea what tomorrow will bring much less anything beyond that. I just hope for continued happiness and improved health.