Wow! Last week was extremely busy and the week to come looks to be even busier. As I start to write this, it is early Sunday morning and I need to depart soon on a “reconnaissance mission” to the unknown reaches of western Phuket. I need to find the location of an obscure temple where I will be starting a 10-day English camp tomorrow; supposedly, it is on the route of a songteaw (local bus service) and I want to ascertain the travel time and observe local landmarks so I know when to tell the driver to stop.

I only took a few photos since my last update (and absolutely no video), including several of my two classes at Phuket Town’s oldest and largest school… 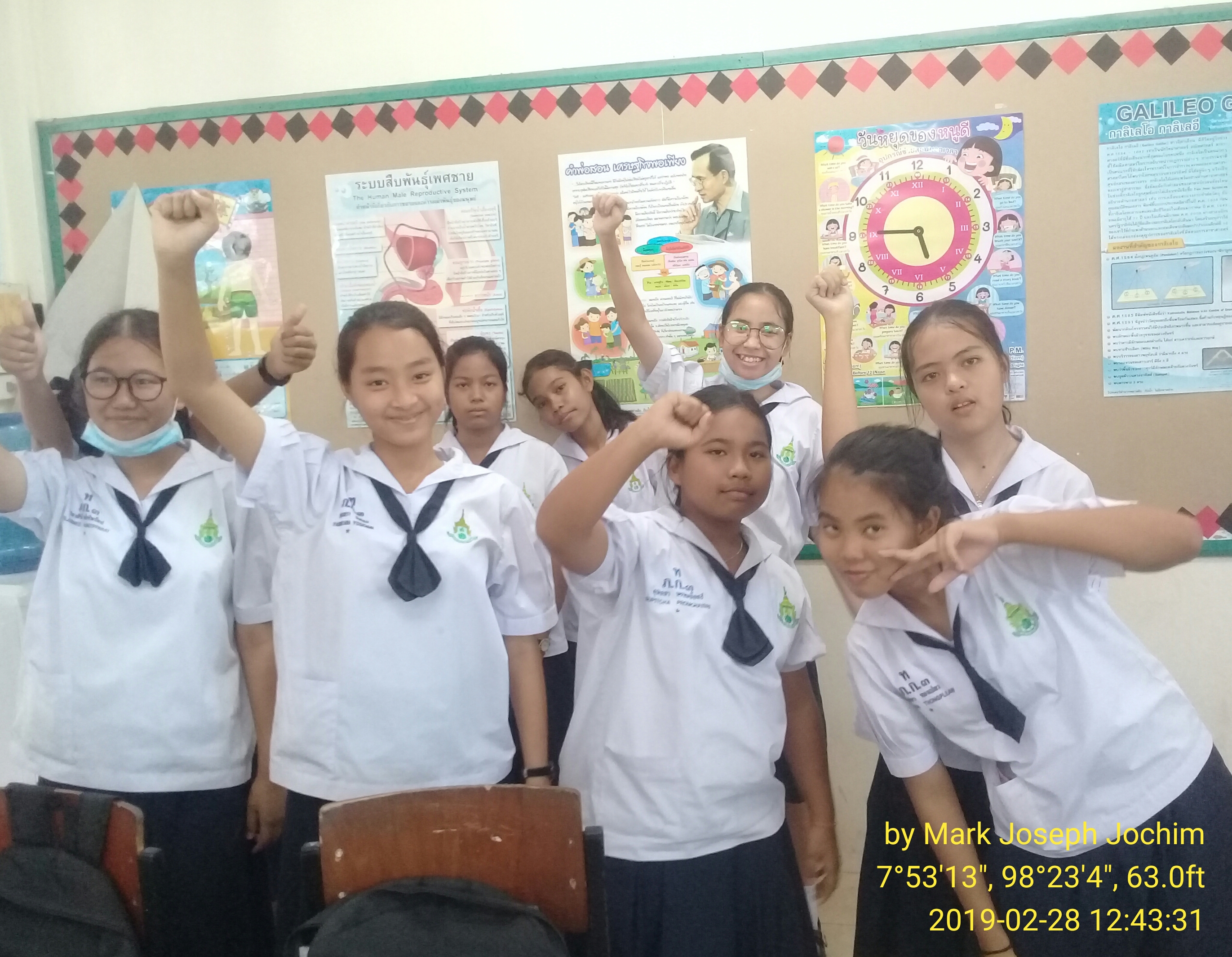 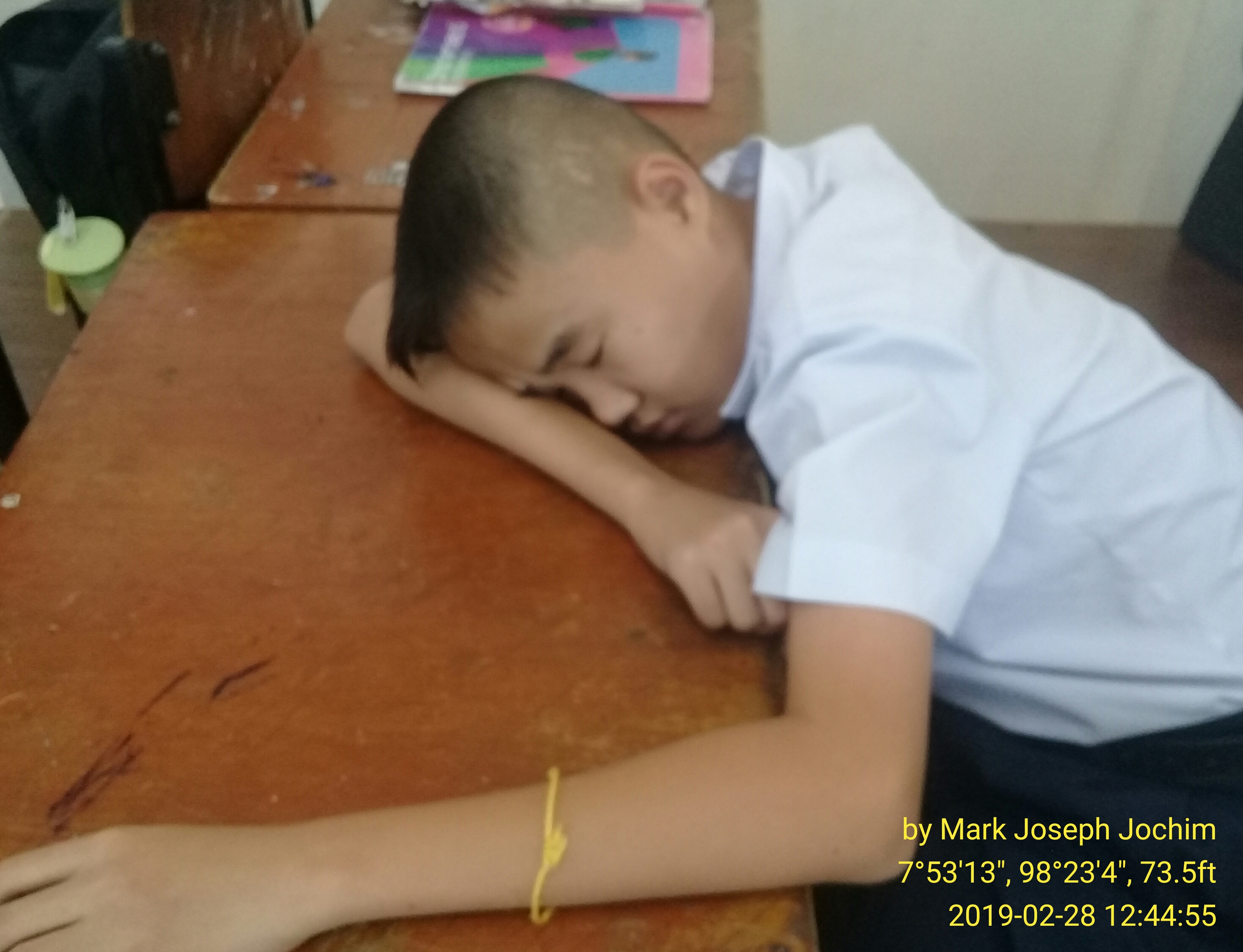 Usually, our agency receives requests for contracted camps/activity days fairly far in advance. Most of our “away” camps are three-days in length and involve three or four foreign teachers; I usually have at least a month to plan these: determining a theme, recruiting teachers, putting together a list of appropriate activities and games, creating materials, and a myriad of other tasks. In this case, I was informed about the camp this past Wednesday; our firm’s Head Teacher texted me with the information that the camp would run from March 11 through the 22, involve 25 students aged 6-12, and needed to be based on conversation for the ASEAN Community. Oh, and I would be the ONLY teacher involved (although there MIGHT be an Thai staff member from the agency in attendance).

Prior to receiving this information, I had been looking forward to Friday and the end of the school year. I was thinking about taking a two- or three-day holiday trip next week and was looking into nearby destinations.

The week to that point had involved finishing my grading of final exams an writing assessment reports on about 50 students. I was also finalizing preparations for a two-day mini-camp in the kindergarten of a large local school which involved six foreign teachers Thursday and Friday. Wednesday afternoon (a couple of hours after receiving word of the 10-day solo camp), the two-days of kindergarten activities was suddenly changed to Friday only because the school director wanted to use the meeting hall for a different purpose. That required a lot of last-minute scrambling.

The kindergarten mini-camp was originally supposed to involve approximately 60 K-1 students on Day 1 and another 80 K-2 students on Day 2. With the change to a one-day event, we rearranged everything so that the first half of students would go to the six activity stations in the morning and the second session would be in the afternoon. Still manageable.  What actually happened was that — on the morning of the event — the school decided to have a show in the meeting hall during the morning. All of the kindergarten students attended so our mini-camp was pushed back to 1:00 pm and had to finish by 3:00. Which meant that we had 140 very young students who needed to visit EACH of the SIX stations in that time period. Large groups with little time. 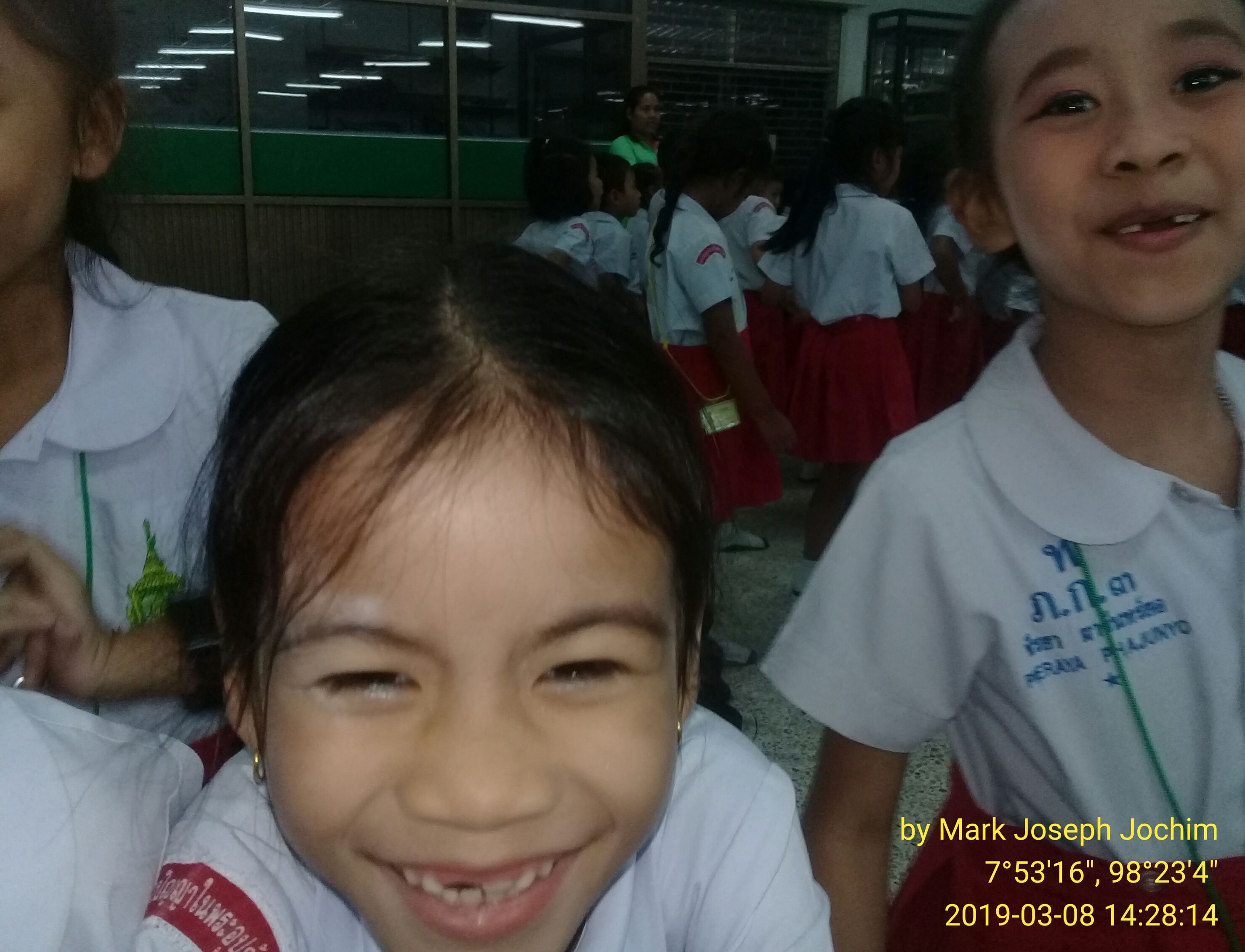 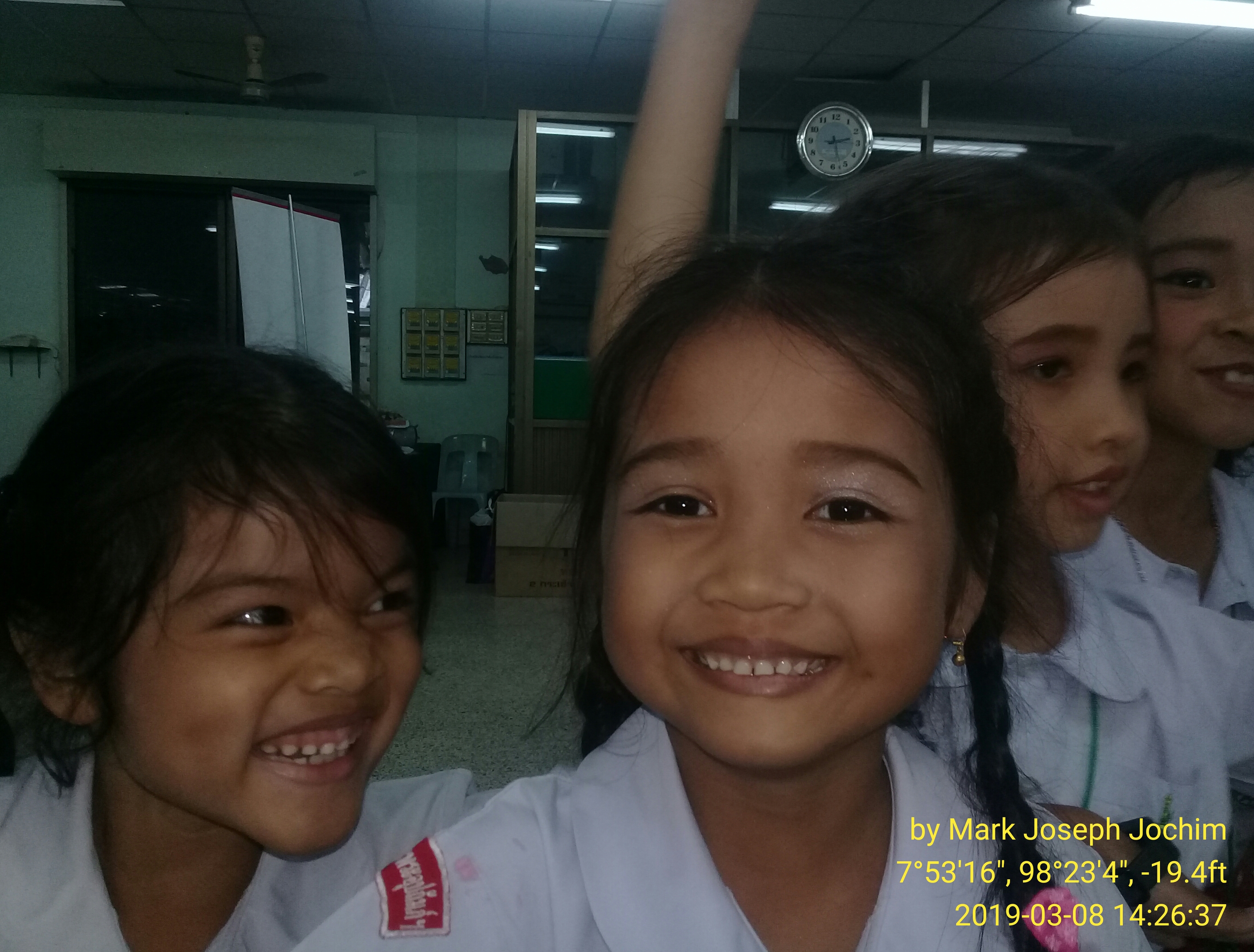 I was assigned to the one outside station — the only one involving physical activity like running, jumping, hopping, and other actions around a race course. The other five stations were inside the air-conditioned meeting hall and involved the teachers giving instruction on such things as days of the week, the weather, numbers, and colors. The sun was absolutely brutal and I changed the race course a few times to try to keep the children in the shade. However, I was not in the shade and never got a moment to rest between groups. I quickly became dehydrated and recognized that I really needed to take a moment and recuperate. I downed several bottles of water and ended up moving my station inside the meeting hall, drawing praises from the Thai kindergarten teachers who were concerned for their kids (as well as for me; they noticed I needed to sit down for a bit with some water).

One of the Thai teachers I’d worked with on numerous occasions before recognized that I had “hit a wall” and told me to take it easy, that I could sit out the rest of the mini-camp if I wanted and she could lead the activity. I slowly regained my strength and pushed forward albeit without my usual 110-percent level of commitment. The smiles on the children’s faces are my main motivating factor and I do everything for them. There were a few times when I had to rein it in a bit and I sat down at the finish line for the races, having the children race towards me rather than away from me, but I was completely spent by the end of the activity period. In fact, I was feeling so weak at this point that I decided to cancel my business class that evening (which was scheduled from 5 until 7). It was the first time I’d ever cancelled a class like that. 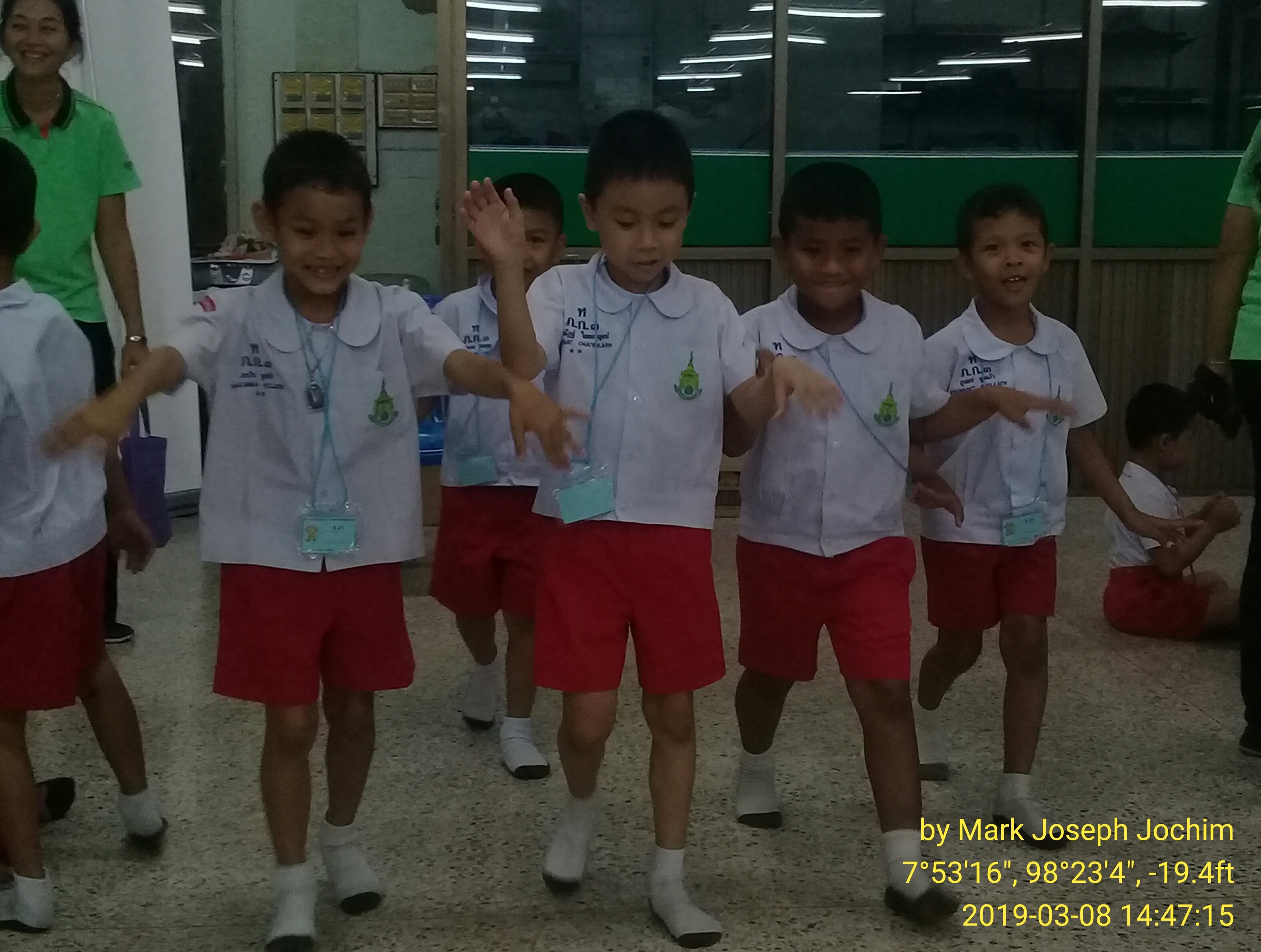 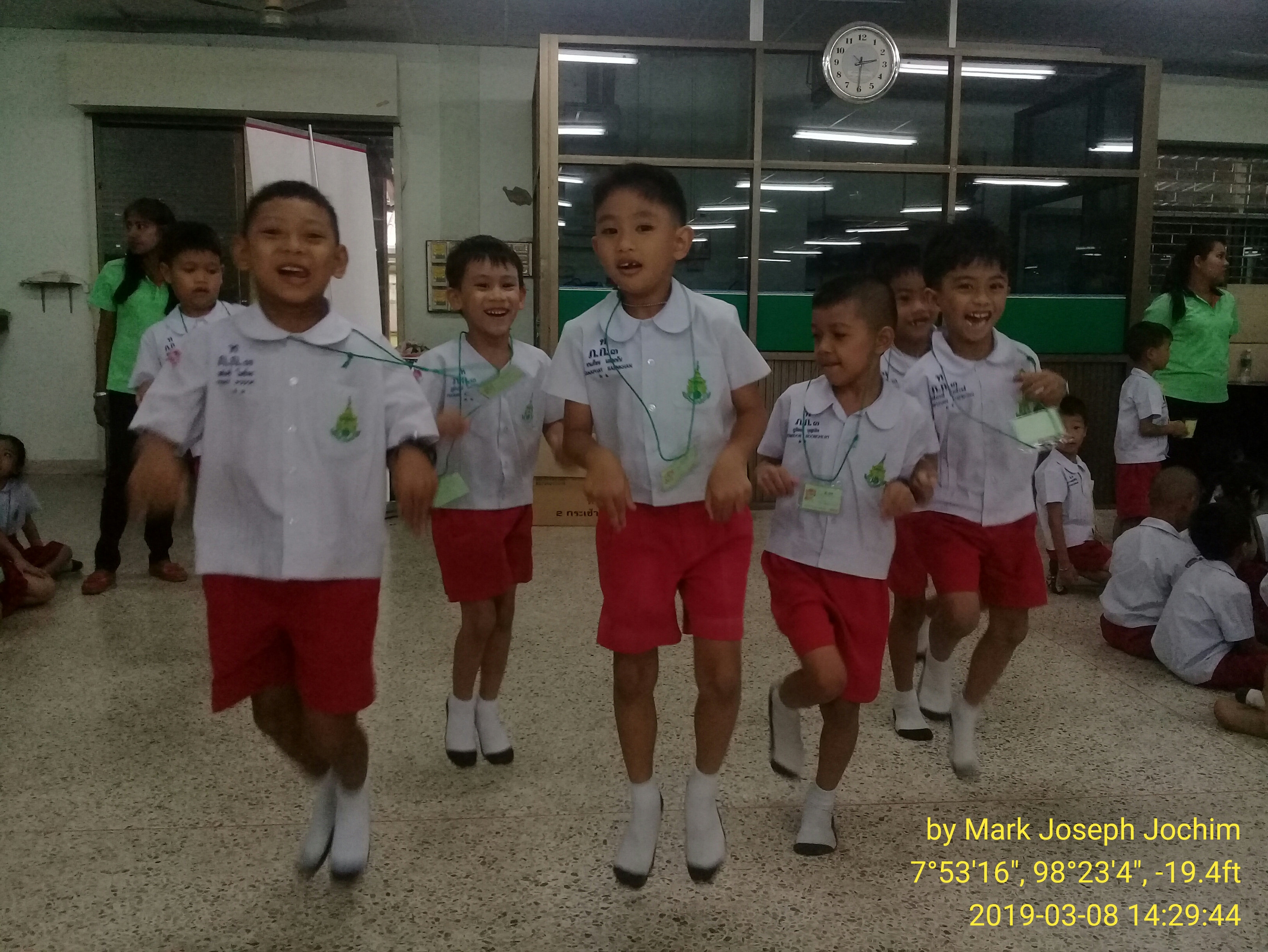 One factor that contributed to my near-collapse was the fact that I slept only minimally Wednesday and Thursday nights in preparation for the 10-day camp. I spent those nights brainstorming ideas and creating loads of materials. Our agency manager had said on Thursday that he thought we needed plenty of worksheets and coloring sheets to keep the children busy. Since the theme was the ASEAN Community, I decided to make a group of sheets for nine of the 10 member nations (Thailand being left out). These would include a country outline map (to color) with a space to draw and color the national flag, coloring sheets showing the national dress/costume, and sheets asking questions about each country for the children to research. I planned to use the answers to the latter for the kids to use in conversation role-plays. I was pulling all-nighters because I knew my only opportunity to print and make photocopies of the worksheets would be on Saturday. Thus, I spent Friday night into Saturday morning working on this preparation as well.

I did take a couple of hours long nap Saturday morning before taking the bus to our agency. I printed what I had, made my photocopies, and spent several hours creating similar materials. Around 2:00 in the afternoon, our agency manager came to my office while flipping through a copy of the ASEAN Conversation book he’d made about five years ago when we were doing the ASEAN theme at various schools as part of the curriculum (the AEC, Asian Economic Community, went into effect in 2015 and all the schools were focused on this as a major course of instruction). He made the comment, “Oh, ASEAN very old. I think we do something else.” I pointed to the mound of worksheets, all ASEAN based, and told him there was no time to change. He was very reluctant to allow the theme (despite our client requesting it) and in the end said he would print his conversation book without the ASEAN content and I could use some of the worksheets as I saw fit each day.

Basically, I think he just wanted to get his book in there. Apparently, he is proud of it although it was written when his English ability was much lower than it is now. The book is full of very stilted phrases and is rife with mistakes; an example from page 2:  “Greetings to you, my friend Ploy. How are you doing this day?”  “I am find.” (sic).  In addition to wonderful gems such as this, everything is translated into Thai. You cannot learn a second language in such a manner; the students will ONLY look at the Thai translations. However, the book is useful in that it categorizes different types of conversational phrases so I can use it as a starting point for role-play activities.

At this point, I need all the help I can get. I was so focused on creating a huge amount of worksheets for the 10 days that I did not think about any activities or games related to the material. I tried brainstorming a bit last night but my exhaustion overwhelmed me. I put together a very quick article for my A Stamp A Day blog and was asleep by midnight. I woke up around 5 a.m. and started work on this very article. Now that it is finished, I will head to the wilds of Karon in search of the camp location at Wat Kitti Sangakaram. I should have a lot more photos (maybe even some video) when I make my next update….