I turn 50 years old in just a few days.  I had planned to do a few things in order to celebrate my first half-century on Earth — a “50 things about me” blog series for one thing, putting together an article picturing “my life in stamps” for another.  I thought about “issuing” a series of birthday stamps for my personal local post but, aside from some preliminary designs done back in July, I shelved that commemoration as well.  I could blame my increased workload and general lack of free time — November was brutal — or I could blame my complete laziness in the time that I do have away from work.  The truth be known, I’m just too tired to do anything beyond a watching a bit of television and reading for an hour or so each evening.

TEACHING
At the beginning of November, with just a couple of days of advance notice, I took assumed the position of Deputy Head Teacher for the language school/teaching agency for which I’ve worked the past three years or so.  During the first half of the month, I did a fair amount of teaching in addition to the administration duties.  I had a five-day-per-week, three-hours-per-day private student who wanted to learn grammar and conversation.  That one class exhausted me more than anything else I did in November; although I enjoyed my student (a 20-something Thai man who did special effects for Thai movies), I was happy when that course ended.

I also have a very young brother and sister (ages 6 and 7) who learn with me twice a week — more coloring and playing games than anything else — as well as several high school and adult students on Saturday and Sunday afternoons.  There have also been quite a few weekend fill-ins this month.

The remainder of my time at work has been spent on a myriad of projects — planning a day-long English camp at the first government school I’d taught in Phuket (where many of the students still remembered me!), designing a few systems meant to make our teachers’ lives easier as far as in-house classes are concerned, writing quizzes for all grade levels to be used in all of the schools who we supply teachers to, writing material to be used in a soon-to-be launched staff newsletter, creating a database of teacher information, and on and on.

It has sometimes been a struggle to keep my eyes open for reading in the evenings but I’ve taken to scheduling 30 minutes or an hour to read at some point during the work day.  This takes the place of lunch or other breaks as I usually don’t like to eat until dinnertime anyway.  It nice to have such a mind-shift each day as well.  Currently, I’m making some progress on Colin Mackay’s A History of Phuket and the Surrounding Region.  I’d bought the book and read about half of it soon after it’s March 2013 publication but only picked it up twice in 2014.  It would be nice to finish it before the end of the year; only 140 pages to go…

I did finish four books this month, bringing the year-to-date total to 40:

I did very little with my stamps during the month of November.  I only received seventeen during the entire month, all on the same date — several from the old Republic of Hawaii, and a set of five “Cinderella stamps” for the Republic of Texas.  There was also a water-damaged stamp from Azerbaijan; I’ve recently ordered an older stamp from the same country as a replacement.  My eBay bidding was at the bare minimum — I did make a few bids during the past week; as a result, stamps from Alwar and Arad are on their way as I write this (trying to finish the A’s in my “A Stamp From Everywhere” collection.  I also did a bit of work on a long-planned article on cataloging/inventorying a stamp collection but that’s far from finished. 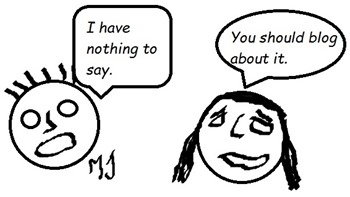 As in October, the majority of my blogs this month were to mark various holidays (Dias de los Muertos, Loy Krathong, and American Thanksgiving).  For the latter two, I broke with my usual stamp/postcard images and added a bit more background information.

It felt good to do a bit of research and “fun” writing for a change but I’m not sure when I’ll be able to make the time for more of that in the near future.  While there are a number of holidays throughout the month of December (my birthday coincides with that of His Majesty the King, celebrated here as Fathers Day, and Constitution Day comes less than a week later), I’m in the middle of writing articles for a staff newsletter and writing agendas and game instructions for a two-day English camp that is fast approaching.

Because of my workload, 2015 will be the first time in several years that I’m not going to do the “12 Days of Christmas Stamps” series, although I may highlight a few of the more attractive holiday stamps released this year.  I have also shelved the “Stamp Issuers” series until after the school year finishes in late February. 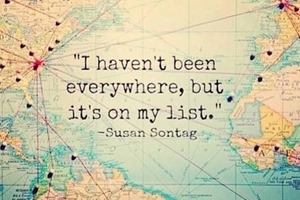 I had been planning a vacation in either March or April — the Philippines, Vietnam and New Zealand were all possibilities — but it’s a bit up-in-the-air as to how much time off I’ll be able to take.  That depends on which of our teachers decide to go on holiday or resign once the long break starts.  They usually don’t give us much notice as they are afraid we’ll cancel their work permits (which automatically cancels their visas) earlier than they’d like.  I’d love to take two or three weeks off but will probably be able to manage only five or seven days at a time.  It’s been almost three years since my last trip anywhere and the wanderlust is becoming almost overpowering once again.

The best thing that has happened to me in a long time, however, was an early morning phone call on the last Friday of the month.  It was from my little sister back home in America where she’d just finished Thanksgiving dinner with her husband and son.  It was so nice to here from my family after such a long time.  Because of the 12- to 13-hour time difference, it’s difficult to coordinate phone calls when everybody is in one place and not asleep or at work.  When our mother was still alive, the pass-the-phone annual update call was a Thanksgiving tradition during those years when I couldn’t make it home for the holidays.  It was so nice to see my sister resurrecting the tradition and to get caught up with my brother-in-law and nephew.  Incidentally, my nephew is now a high school senior and his football team won the state championship just two days after that call in what was to be his last game ever.  Well done, Spencer…