Another month gone and this one went by very quickly indeed!  I was on holiday for much of April due to the Thai New Year (Songkran) occurring mid-month and my language school students canceled most of their lessons in order to enjoy the nationwide bout of laziness.  Even my local postman took a couple of weeks of vacation during which we had no home mail delivery as Thailand Post has severe manpower shortages; upon his return, I received a HUGE stack of mail with plenty of new stamps to add to my collection.

I spent quite a bit of my “down-time” scanning stamps.  I have the rather ambitious plan of making a high-resolution (1200 dpi) scan of each and every one of my stamps and covers (plus other philatelic ephemera) as well as cataloguing everything in my software of choice – StampManage 2015.  It is a time-consuming process (compounded by having to digitally straighten and crop the majority of the images) and one I don’t recommend for somebody who has a lifetime’s worth of stamps in their collection.  Luckily, perhaps, I no longer have anything I’d collected prior to my arrival in Thailand a decade ago and I’ve only really gone full-tilt on buying new stamps over the past year or so.  I have been taking notes and screenshots on the process for a future article about maintaining a stamp inventory.

I’ve also begun designing my own stamp album pages after being frustrated with the few other options available to me here in Thailand.  It is also prohibitively expensive to ship heavy items such as album pages and binders down here, not to mention the time factor.  I’d decided a few months ago that the best option for my country-oriented collections (i.e., Barbados, Pitcairn Islands, Thailand, etc.) would be to buy digital versions of the pages in order to print my own.  I already have a several of these and will soon buy a subscription to Bill Steiner’s Stamp Album Web which should provide all the rest that I will ever need.

Although I have several smaller collections from individual countries and areas that interest me, my main collecting focus for the past year has been to obtain “A Stamp From Everywhere.”  This will be an A to Z of at least one stamp from every stamp-issuing entity that has existed since 1840.  Well, at least those I can afford on a teacher’s salary.  I even spent several days creating a spreadsheet of them all based on a couple of online list; I’d come up with 922 but then I found an online spreadsheet that lists more than 3000!  The numbers differ depending on how one wants to divide the major and minor issuing entities.  For example, some universities in Britain have issued their own stamps as have various hotels in Switzerland; I already have stamps from some of the British islands that have local posts (i.e., Lundy, Herm and Jethou) so I include them but will probably never be able to afford the various Postmasters’ Provisionals of the United States or the Confederacy so I don’t count those.

There are a couple of ready-made albums for this type of collection – the Single Specimen World Gazetteer Stamp Album which inspired my attempt at such an endeavor – and a couple of sets of pages available online (one published by the Smithsonian Institute in conjunction with the American Philatelic Society).

But I wasn’t entirely happy with the page formats of either of the online pages – and shipping the original album to Thailand was more than I wanted to spend – so I set about designing my own pages.  I downloaded a couple of dedicated software to try out with varying degrees of complication and in the end decided to use something I knew how to manipulate – Microsoft Word.  My first attempt included two countries per page as I wanted to include national flags, coats of arms, and a local map in addition to the stamp.  But those designs were too crowded for my tastes as I also wanted to include some basic information about the entity in question.

In the end, I decided the best look was one country per page.  A sample appears above.  Looking at it now, I think I may move the information box (and, possibly, the map) to a facing page so I can include a more detailed history of the entity.  Once I finish each country, I save it as a PDF and plan to print them on good-quality card stock.  I’m still in search of an attractive and durable binder to hold these; I may end up having to splurge and purchase these online (I’d love something with a slipcase).  My original design included space along the left margins in which to punch holes but have since decided my best bet would be to find archival-quality sheet protectors to slip them into. 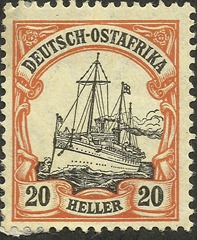 My latest area-of-interest has been the early period of Germany starting with the North German Confederation and various states issues up to around the 1920’s.  Maybe I could go as far as the end of World War II as I do have a few of these stamps.  The various occupation issues interest me as well, particularly those from Jersey and Guernsey as well as various territories such as German East Africa and the Caroline Islands (I love those Kaiser yacht issues!).  I am also close to completing Bohemia and Moravia – the first country I’ve ever come close to having everything issued by them (it helps that the stamps are all inexpensive). 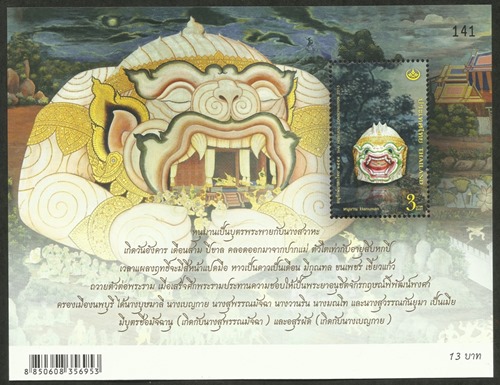 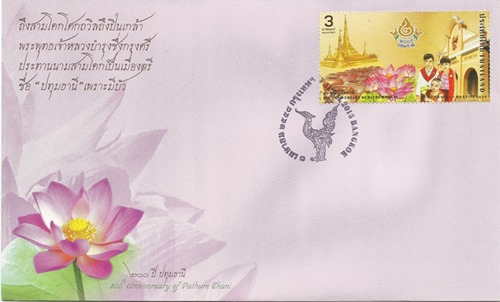 On the last day of April, I finally made my way over to the Phuket Philatelic Museum in an attempt to catch up on the recent Thailand Post issues, not having done so since early March!  They had MOST of what I was missing – one first day cover and several full sheets were sold-out already (will have to purchase those on eBay).  The biggest surprise was that they had a nice-sized stack of a limited issue folder issued in conjunction with this year’s Red Cross stamp.  The folder contains a first day cover plus a unique four-stamp mini-sheet, something that is becoming quite a regular (usually unanounced) addition to the release schedules.  Most of the time, they are included in folders given to attendees of various ceremonies, etc.  The first I usually hear about these limited-edition mini-sheets is when I see them offered for sale on eBay (often without the folder).  I bought one of the Red Cross folders at the museum for 60 baht; perhaps I’ll return as the lowest price I saw on eBay was 260 baht!

In these monthly summaries, I usually mention my postcard activities as well despite having a separate blog dedicated to the subject.  Well, April saw virtually no activity on that front.  I REALLY need to get my act together and get some more addresses from Postcrossing!  A friend did bring me back a couple of cards after her visit to Ireland early in the month (the cards actually picture London as she left the Irish cards in Ireland!).  And I received two cards from a friend in Germany.

Having spent so much time on my stamps this month, I am seriously thinking about creating a separate blog just about philately.  That would serve a couple of purposes – there are articles on subjects that I’ve wanted to write about but felt they would be greatly out of place here on Asian Meanderings; plus, moving the stamp stuff away from this blog will (hopefully) inspire me to return to a more local-oriented focus.  It may be a couple of months (at least) before this idea comes to fruition – if it ever does – but I do plan on calling it “Philatelic Pursuits” as I like the title…